For centuries, adventures have been drawn to the Outer Banks, from the early European settlers, to the aviation-crazed Wright Brothers, to the first wealthy hunters of the Whalehead in Historic Corolla. As a result, the Outer Banks, though still quiet and unpopulated, is the location of a number of America's historical milestones, and is rich with a spectrum of stories, legends, and people that helped shape the country.

The Outer Banks also treasures its history, and history buffs will find they have a world of places to explore to get acquainted with the Outer Banks' past. An abundance of museums are scattered throughout the islands, and restored historic homes, Life Saving Stations, and even lighthouses can be found in every village.

Whether the scholars in your group want to learn more about the Graveyard of the Atlantic, the roots of the modern US Coast Guard, or the hurricanes that helped shape these barrier islands, the Outer Banks offers an abundance of history just waiting to be uncovered.

The first residents of the Outer Banks weren't early second homeowners, Life Saving Station employees or even the 16th century English Settlers. Some archeologists believe that the Outer Banks were inhabited for well over a thousand years by Native Americans, with small branches of larger tribes, such as Algonquins, Chowanog, and Poteskeet, setting up homes all along the barrier islands from Corolla to Hatteras. First Settlers

The Outer Banks is home to one of America's oldest and most baffling mysteries, the establishment and subsequent disappearance of "The Lost Colony."

Blackbeard and Other Pirates of the Outer Banks

The Southern Outer Banks, particularly Ocracoke Island, is notorious as the stomping grounds for some of history's most infamous pirates. Notable swashbucklers from Calico Jack to Anne Bonney and Mary Reed, arguably the most famous women pirates, have made a splash in this area, robbing privateers blind and making intricate, sneaky escapes in the inlets and soundside waters off of these barrier islands. Lost Colony

The Outer Banks has many historical claims to fame, from the legendary Lost Colony to the birthplace of flight, but one of its lesser known distinctions is as the location of one of the Civil War's very first battles. Civil War

Life Saving Stations and the Graveyard of the Atlantic

Throughout the decades before and after the Civil War, the Outer Banks was well-known as a flagship for Life Saving Stations all along the coast, stations that were the precursor for the modern day Coast Guard. These stations, established from the Currituck beaches all the way to Ocracoke Island, were sentinels for passing sailors, and provided many rescues for ships lost or wrecked on the notorious waters off the coast. Graveyard of the Atlantic

World War I and II

The Outer Banks would play a crucial role in two more wars just decades after the Civil War. During both World Wars, German ships and U-Boats would lurk off the coast of North Carolina, causing numerous skirmishes on American territory, and providing more victims for the Outer Banks' Graveyard of the Atlantic. World Wars

The Outer Banks played a key role in yet another historical milestone, as the birthplace of aviation. The Wright Brothers Memorial in Kill Devil Hills, a towering granite monument, pays homage to this history changing event, which occurred on the tall sand dunes of the Outer Banks just over a century ago. First Flight

Storms are a part of life on the Outer Banks, and while the occasional summer squall or Nor'easter can give visitors and locals alike a chance to hunker down with a hot cup of tea, and then venture outside when the storm passes to find large piles of shells left behind, some storms on the Outer Banks are history making events. Hurricanes and Storms

It might be hard to imagine that the Outer Banks was ever anything but a vacation destination. Frequently appearing on a number of national Best Family Beaches lists, and a regular on renowned Dr. Beach's annual list of Best American Beaches, the Outer Banks is clearly considered one of the most attractive places to vacation in the country. Early Tourism 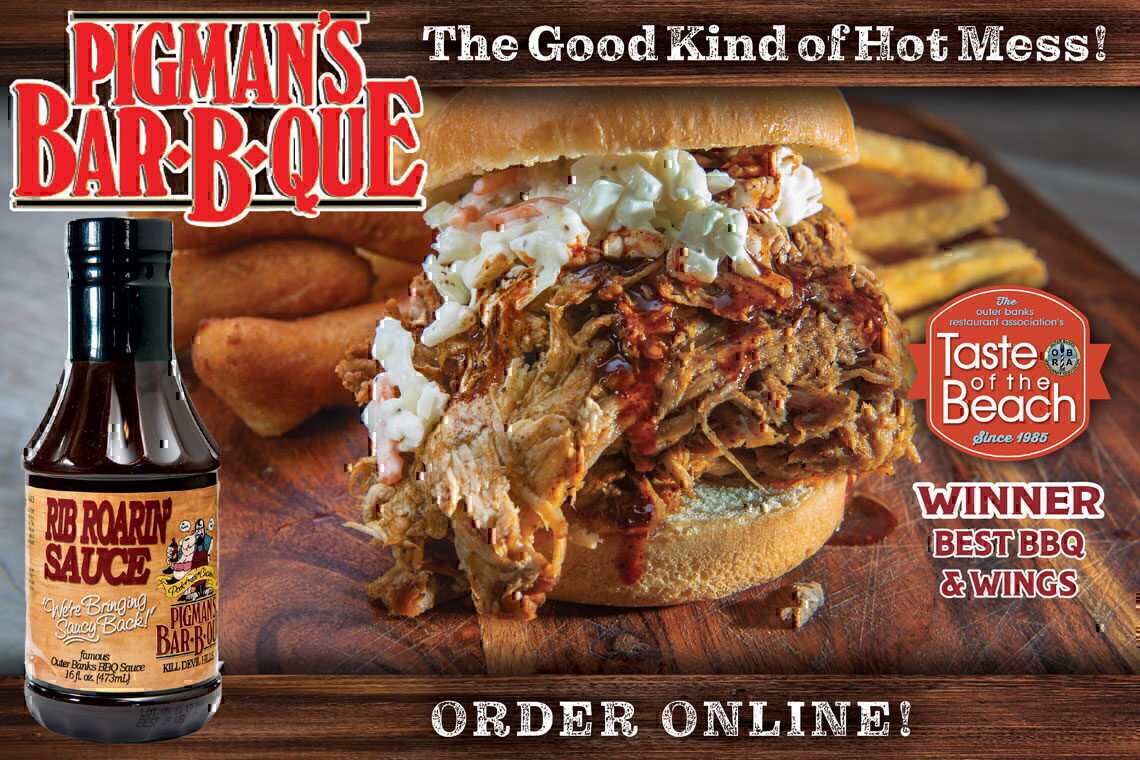