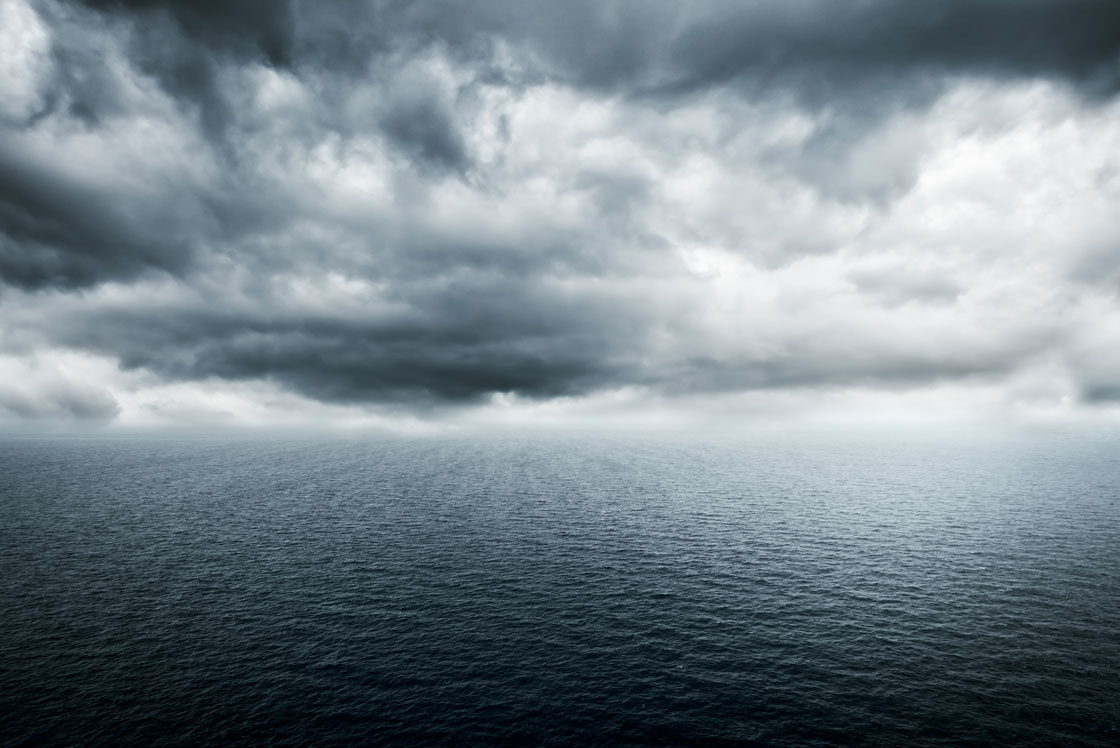 Storms are a part of life on the Outer Banks, and while the occasional summer squall or Nor'easter can give visitors and locals alike a chance to hunker down with a hot cup of tea, and then venture outside when the storm passes to find large piles of shells left behind, some storms on the Outer Banks are history making events.

In fact, the entire geography of this chain of barrier islands has been shaped and altered throughout the centuries by passing storms and hurricanes. Over the past few hundred years, new inlets were cut south of Hatteras, south of Ocracoke and north of Nags Head, opening up new channels to the mainland, and creating new bustling ports in the 1600s-1800s. Today, beach-goers still enjoy the exceptional fishing, boating, shelling, and beaches that these inlets provide - inlets which inherently were symptoms of centuries old storms.

In 2003, Hurricane Isabel tried to create a new inlet in between the villages of Frisco and Hatteras, and a deep channel separated the towns for six weeks until the government closed it up with thousands of tons of sand.

As recently as 2011, a new inlet was formed in between Rodanthe and the Bonner Bridge. Nicknamed "Irene's Inlet" by many locals, after the hurricane that caused the breach, the inlet was not closed, but covered by a bridge, and the area has already become a popular destination for fishermen and surfers alike.

But to get an idea of a truly historical storm, many meteorologists point to the Ash Wednesday Storm of 1962 as one of the largest and most devastating storms on record to attack the Outer Banks.

This mid-March storm is considered by experts to be one of the ten worst storms of the 20th Century, and while it targeted a large swath of the East Coast, from North Carolina to Maine, it arguably did the most damage to the Outer Banks.

The storm was created by a combination of unusual factors, including three different pressure areas, and the spring equinox which historically causes drastically high tides.

What caused the most damage, however, was not necessarily the intensity of the storm, but the duration. While most hurricanes will pass through coastal areas within hours, the Ash Wednesday Storm of 1962 hung around the Outer Banks for days, persisting through five high tides, and the coastline was subsequently drenched with unending pounding rain, storm surges, and constant high winds.

As a result, countless hotels, homes, and businesses were destroyed from Cape Hatteras to Corolla, essentially clearing the beaches and forcing home and business owners to rebuild.

Today, visitors can still find a sprinkle of homes that survived the 1962 Ash Wednesday Storm. These are historic beach cottages that date back to the 1920s or earlier, and are sprinkled along the beaches of Nags Head, Kill Devil Hills and Kitty Hawk, and tucked away in the villages of Hatteras Island. But these homes are rare survivors of the Ash Wednesday Storm that essentially wiped most of the beaches clean. In total, the storm killed an estimate 40 people on the East Coast, and caused millions of dollars in property damage on the Outer Banks.

Regardless, just looking at the Outer Banks landscape today, which is filled with new vacation homes, hotels, restaurants and shops, is a reminder that no matter what historical storms Mother Nature may bring to the beach, the hardy Outer Banks locals will always survive and rebuild.