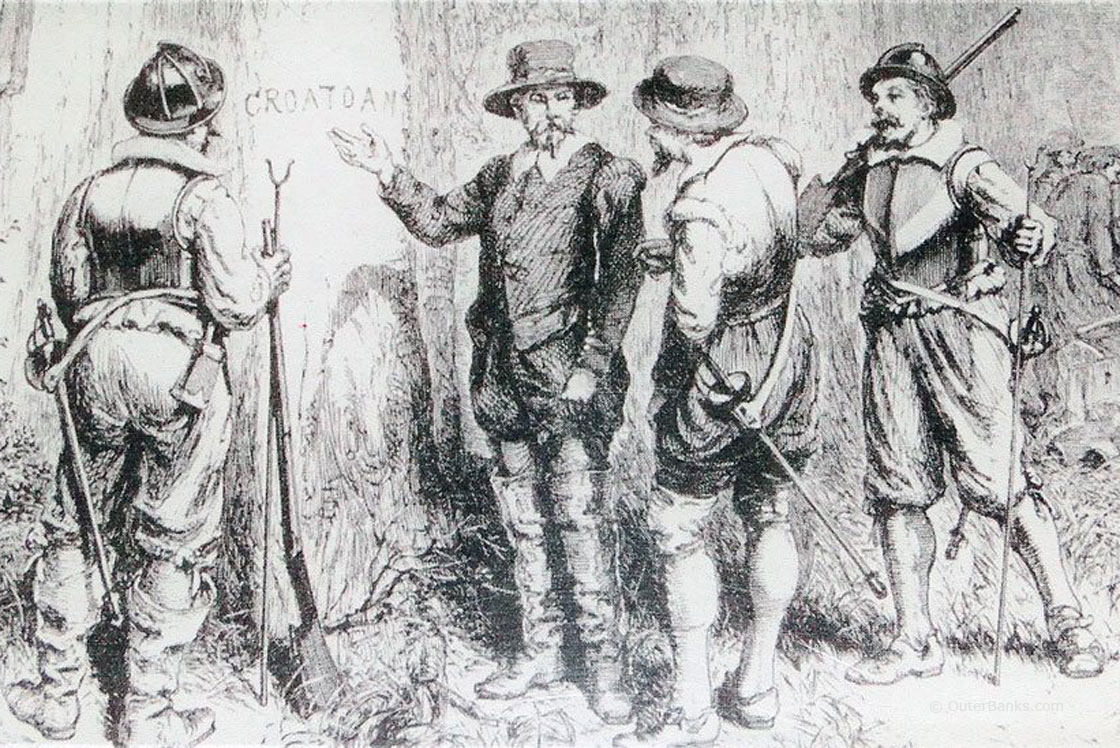 The first residents of the Outer Banks weren't early second homeowners, Life Saving Station employees or even the 16th century English Settlers. Some archeologists believe that the Outer Banks were inhabited for well over a thousand years by Native Americans, with small branches of larger tribes, such as Algonquins, Chowanog, and Poteskeet, setting up homes all along the barrier islands from Corolla to Hatteras.

Just look around at local street names and even village names and you'll see evidence of the islands' first residents. Wanchese and Manteo were Native American chiefs who made voyages across the Atlantic to England as signs of goodwill. Chicamacomico, as in the "Chicamacomico Life Saving Station" and the original name for the tri-villages of Rodanthe, Waves and Salvo, was a Native American moniker which roughly translates to "Sinking down sand." Even "Hatteras" is named after the Hatterask, the small tribe that originally called Hatteras Island home.

One might think that life on a sandbar before electricity, roads, and any access to the mainland might be tricky, but the original Native Americans were able to flourish and survive on the islands of the Outer Banks precisely because of their unique geographic features.

With no access to the mainland, and little to no access to the other tribes on the islands which were miles away, the Native Americans of the Outer Banks did not have to worry about war and conflicts with neighbors. The thick maritime forests that comprised the Outer Banks at the time provided timber and food, and of course the abundant marine life afforded the Native Americans an unending supply of seafood.

Recent archeological digs in Frisco and Buxton villages on Hatteras Island have uncovered a wealth of information on how well the local Native Americans lived. An enormous "trash pile" was discovered in Frisco comprising of centuries old oyster and clam shells, remnants of a large and healthy seafood diet. Explorers to the Outer Banks as far back as the 1500s have also noted encountering the friendly Hatteras Island and Outer Banks natives, noting their hospitality to foreign explorers as well as their happiness and overall quality of life.

What happened to these native residents? It depends on who you ask. Some historians suggest the arrival of European diseases that came with the new settlers wiped out the majority of the population, and other historians believe the Outer Banks natives moved to southern islands or to the mainland after more settlers arrived.

But one of the most prominent theories is that the Native Americans simply mixed and merged with the initially small groups of European settlers who also decided to live on the Outer Banks, as evident by historic names like "Kinnakeet," which translated means "That which is mixed." If this theory is true, that means the original locals never really left, and a handful, whether they know it or not, clearly still call the Outer Banks home.