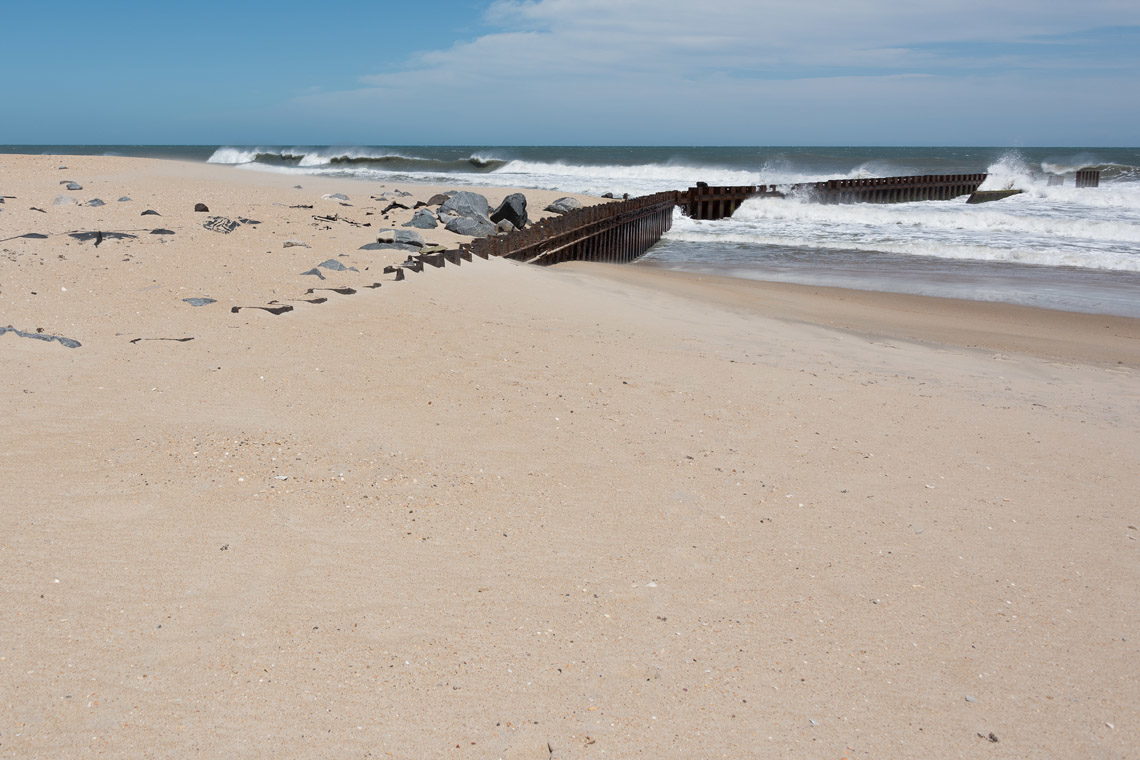 Avid Outer Banks Surfers and sightseers alike are familiar with Old Lighthouse Beach, a stretch of sand in the heart of Buxton that was once the sight of the Cape Hatteras Lighthouse. Convenient and renowned for its good shelling and great waves, during a typical Hatteras Island summer's day, it's not unusual to see dozens of visitors with boards and board shorts scoping out the scene. 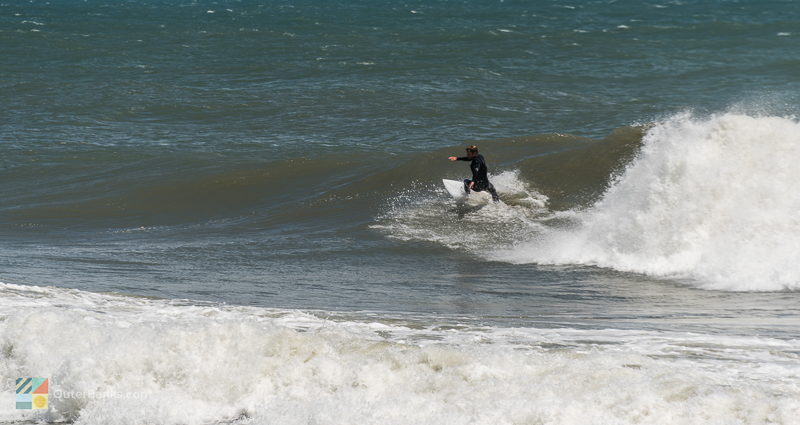 Buxton, and the outskirts of Buxton along NC Highway 12, has more than its fair share of remarkable beaches, including Cape Point, Canadian Hole, Old Road and Kite Point. Each region seems to be designed with a particular and popular Hatteras Island beach activity in mind. While Canadian Hole and Kite Point serve as sister settings for the area's two biggest soundside watersports, windsurfing and kiteboarding, Cape Point is a world-famous surf fishing locale, and Old Road is a retreat for beachgoers who love a little privacy.

In this vein, Old Lighthouse Beach is a dream destination reserved for boarders. Surfers, body boarders, and even skim boarders flock to this stretch of sand for incredible waves and camaraderie, and the area has gained so much recognition, that it even serves as the launching point for the ESA's regional championship competition on the Outer Banks.

Old Lighthouse Beach was much easier to find just 15 years ago or so, as this small area of shoreline was literally just a few feet away from the base of the diagonally-striped, black and white Cape Hatteras Lighthouse. Built in 1868 to replace the original and grossly inefficient first Cape Hatteras Lighthouse, its replacement, (which is still standing), ended up being the tallest lighthouse in the world at 192' ft. above water.

The lighthouse stood for well over a century, and provided an easy beacon to the wide Old Lighthouse Beach. The parking area around the lighthouse was huge, with spaces for 100 vehicles or more to accommodate the thousands of visitors who wanted an up-close look of the structure, and providing easy access to the nearby beach.

By the 1980s and 1990s, however, erosion began to take its toll, and the lighthouse which was once located safely away from the water, was now 300' ft. or less away from the crashing ocean waves in the best of conditions. As a result, the lighthouse was moved in 1999 to a safer, inshore location 2,970' ft. away from its original locale next to Old Lighthouse Beach.

What remained behind was a huge, National Park Service maintained parking area just steps away from one of the best surfing beaches on the East Coast.

Surfers arrived on the Hatteras Island scene not long after the fishermen and hunters discovered the area, driving down from Virginia Beach and the beaches of New Jersey to enjoy the warmer water temps and incredible swells. The lighthouse, at its original location, was protected by a series of manmade jetties and sandbags, which created a barrier from the ocean but also created additional friction, making the big swells even larger.

As a result, hundreds if not thousands of surfers took notice of this particular stretch of beach, and for many years this area became known as the premier surfing spot for boarders on the Outer Banks. Even the ESA caught wind of the action, and in 1972, the organization decided to hold their September regional championships every year at the spot, a tradition that still continues today. Even after the lighthouse was long gone, the expansive parking lot did not go to waste, and still remains well-occupied with folks who are dying to check out the legendary surf.

Over the last 20 years or so, the surfers on the Old Lighthouse Beach scene have been joined by a variety of other water sports lovers, including skim boarders, (boarders who literally "skim" the surface of the ocean, just as the waves break on shore), body boarders, and even stand-up paddle boarders. Today, the ocean waters are a collection of riders, swimmers, and boarders of all kinds, sharing the waves that hug the old lighthouse jetties.

That said, every type of beach goer will find a reason to fall in love with one of Buxton's most historically popular beaches. Visitors with limited mobility or with lots of gear to bring along will enjoy the convenience of the parking area, literally located just yards away from the ocean. The same flat stretches of shoreline which caused the lighthouse's relocation also provide an easy pathway to the water, with no dunes to climb.

Lighthouse lovers will also want to make a trek to the original location, which is designated by a circle of granite stones marking the original perimeter of the lighthouse's base. Most visitors are surprised at both the lighthouse's former proximity to the ocean, and the wide expanse of land from its old location to its new one - clear evidence of the dedicated and painstaking efforts that were involved in such a huge and long move.

Beachcombers will also enjoy this stretch of Hatteras Island seashore, as the same jetties that pump up the ocean waves also allow for large deposits of shell piles on either side of the barrier. While beachcombers may have to root to find small prize shells, like augers or tiny olive shells, this is an ideal locale to load up on big clam shells and mollusks, scallops and even occasional whelks.

Of course, beachgoers who love water sports but would rather enjoy a comfy spectator seat along the beach are also welcome. A number of both professional and amateur photographers head here first to capture some live action surfing shots of both local and visiting pros. If you go, make sure you bring your camera along as the action on and off the beach can be pretty spectacular. 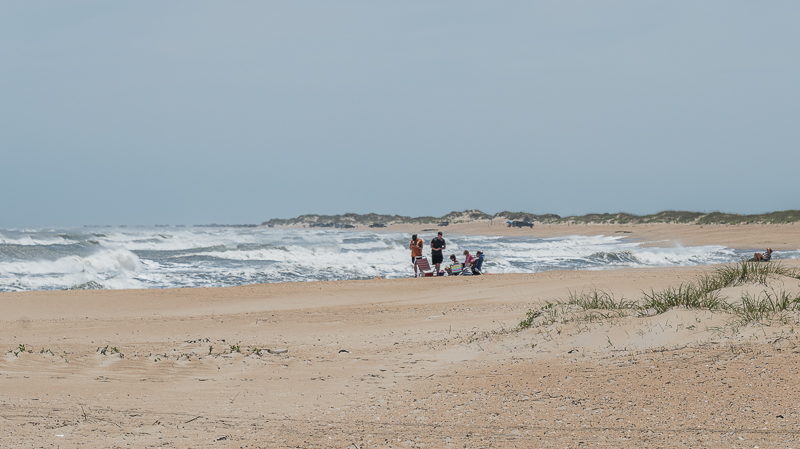 You don't have to be a professional surfer to appreciate Old Lighthouse Beach. With an easy stroll to the ocean, a healthy handful of shells washing up daily, and plenty of local history, the area is ideal for beach lovers of all kinds.

Though ideal for surfers, body boarders and skim boarders, especially when the waves are big and pumping, Old Lighthouse Beach can and should be enjoyed by everyone who makes a trip to Hatteras Island. Just a stone's throw from the lighthouse, (or 2,970' ft. away to be precise), and offering miles of shoreline for vacationers to stretch out and explore, the Old Lighthouse Beach in Buxton is certain to remain a popular Outer Banks destination for generations of visitors, both on and off a board, to come. 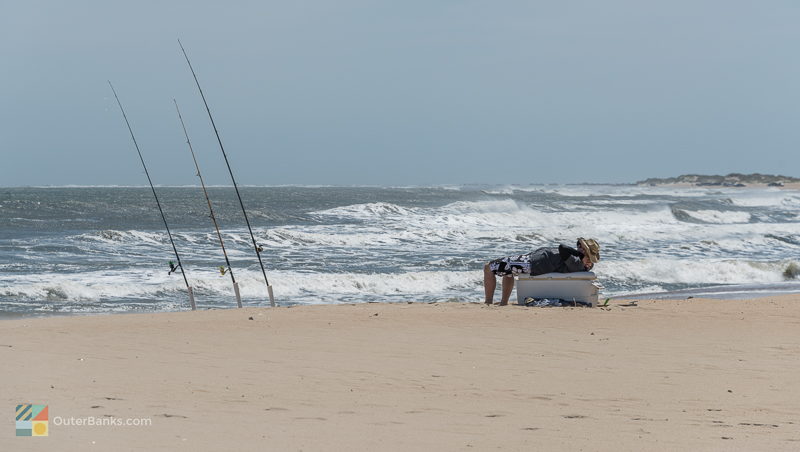 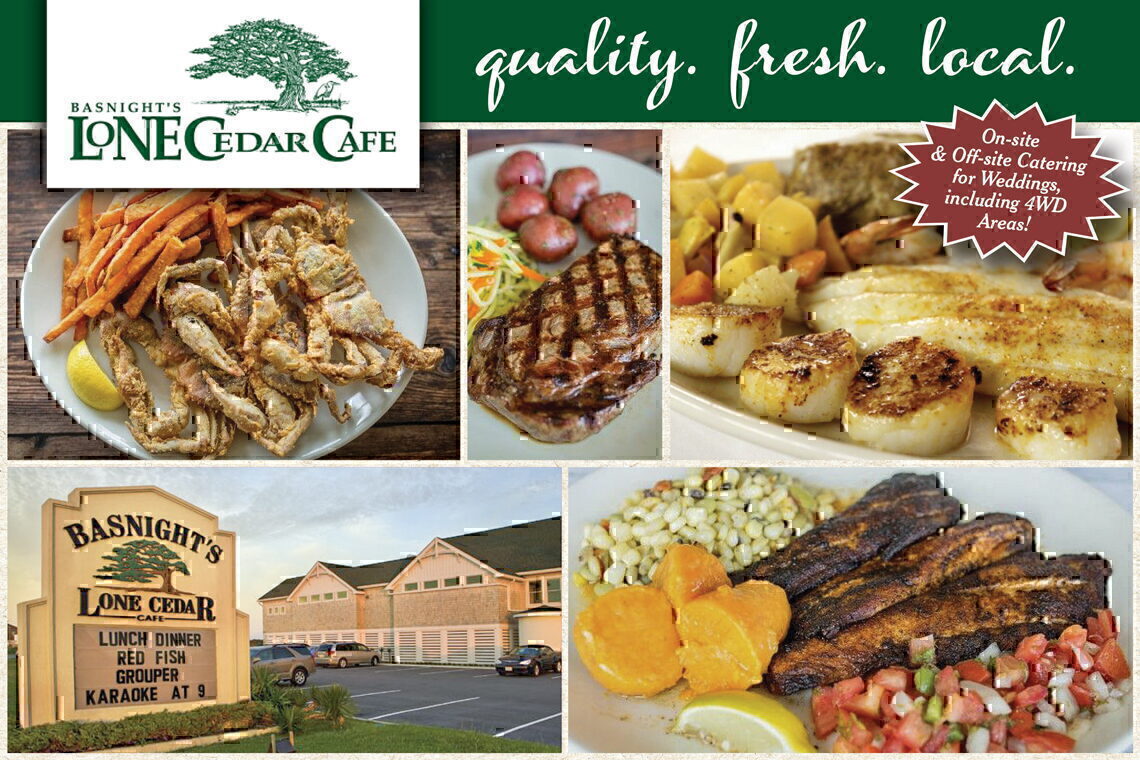 Enjoy Waterfront Dining at Basnight's Lone Cedar Café where we specialize in fresh and local Outer Banks seafood. If you’re craving the freshest fish, clams, crab, shrimp and oysters from local North Carolina waters, you’ll find them at the Lone Cedar Café. Since it first opened in 1996, Basnight’s has been the restaurant where all the movers and shakers in the state would eat when they visted the barrier islands. Owned by Outer Banks native and former state Sen. Marc Basnight and his family, the restaurant, located on the Nags Head-Manteo causeway, is busy nearly all year long. But its lineage is not the reason it’s become so popular. Lone Cedar can boast that it serves only fresh local seafood caught by local fishermen, as well as the freshest North Carolina produce available. 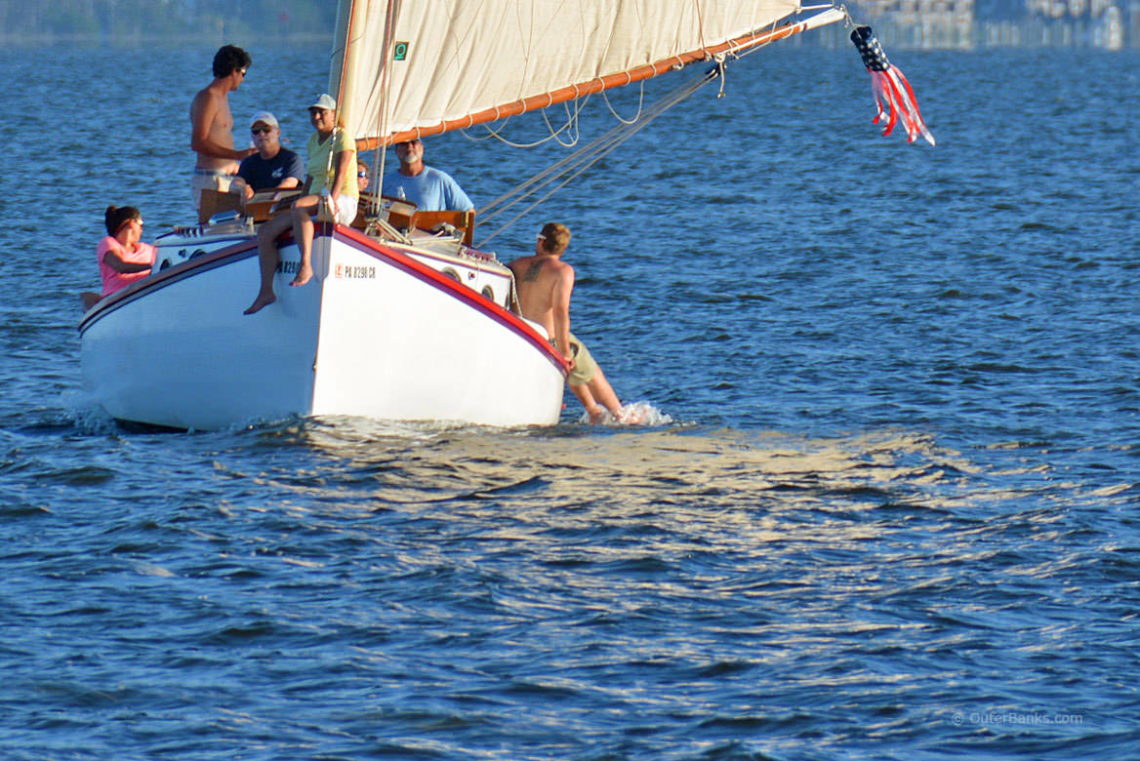 Top 10 Things to do on the Outer Banks

Every vacation destination has its own unique draw to potential visitors, whether it's a national monument, a fantastic shopping or dining scene, or an exotic locale that's meant for total relaxation. Many newcomers to the Outer Banks are surprised to learn that this destination has all of these attributes and more, and it can be hard to narrow down the overflowing list of "must-sees" or "must-dos" that have to be squeezed into a 1-2 week OBX vacation.