The noted explorer, archaeologist, anthropologist, paleontologist, and part-time plumbing contractor from the University of Chicago, Professor Duffer A. Hacker, led two expeditions to the outer banks in the late 1920’s. The purpose of these expeditions was to search for an answer as to what happened to the lost colony of Roanoke Island and to look for treasure believed to have been hidden by Blackbeard the Pirate. Professor Hacker’s first surprise was the discovery of an old mining train built by the Confederate Army during the Civil War. They were searching for gold to finance their war effort. Take the mining car* to the top of the mountain and follow Professor Hacker as you putt your way through an adventurous expedition to find gold and diamonds. 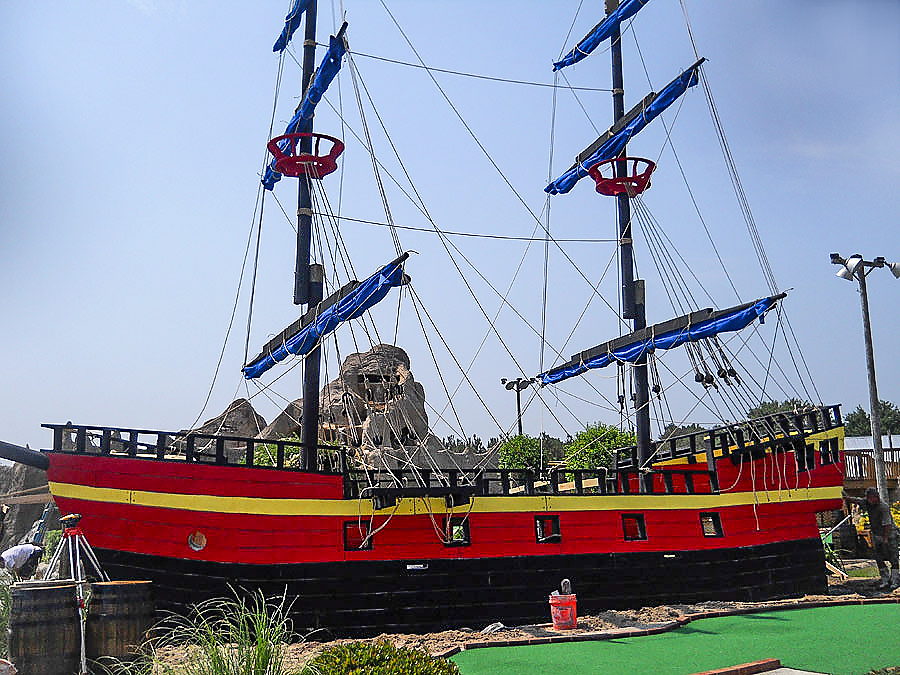 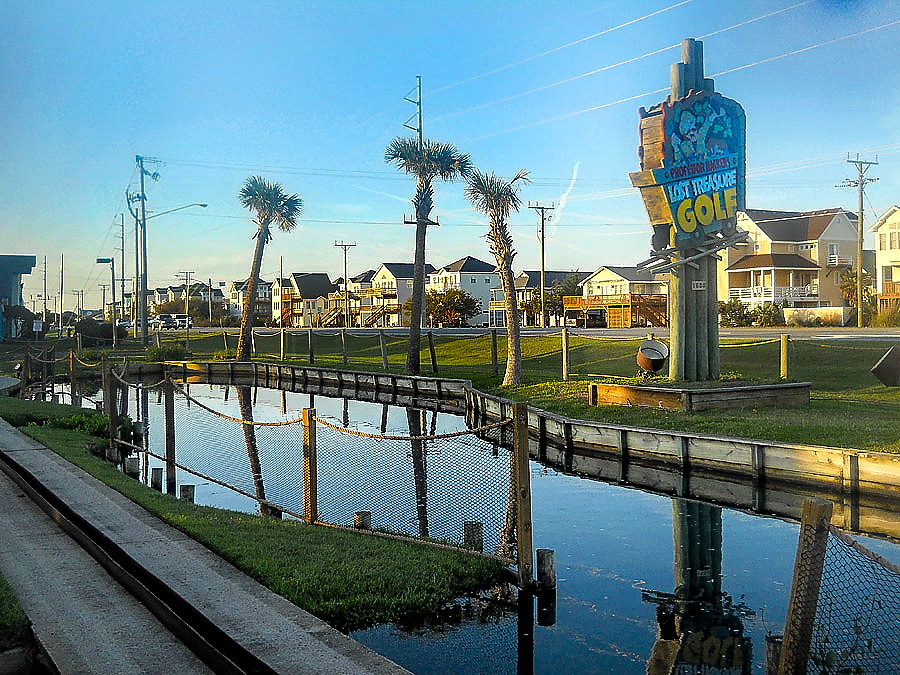 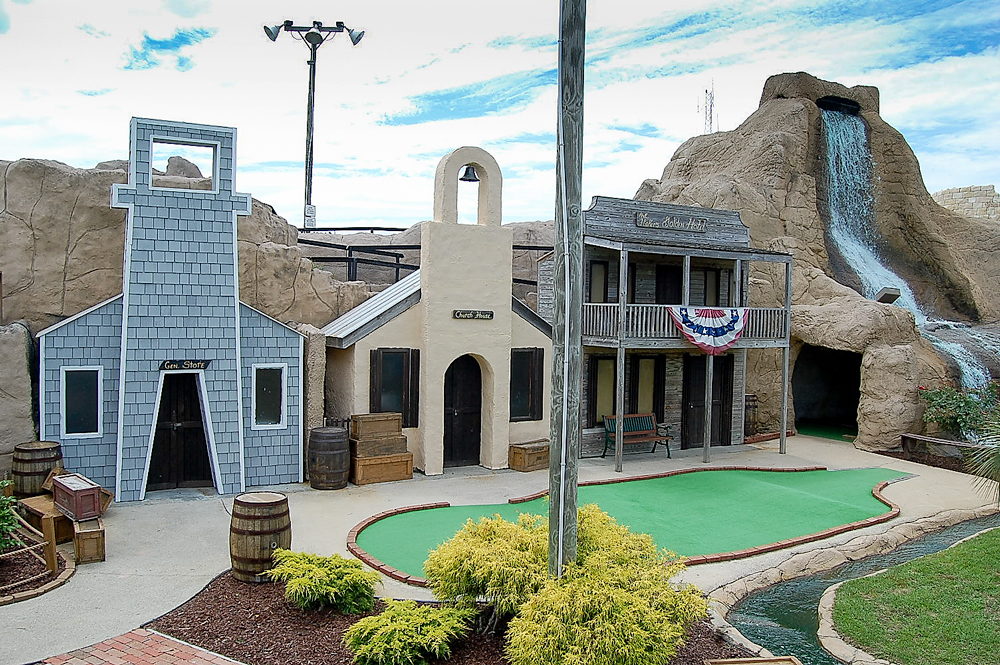 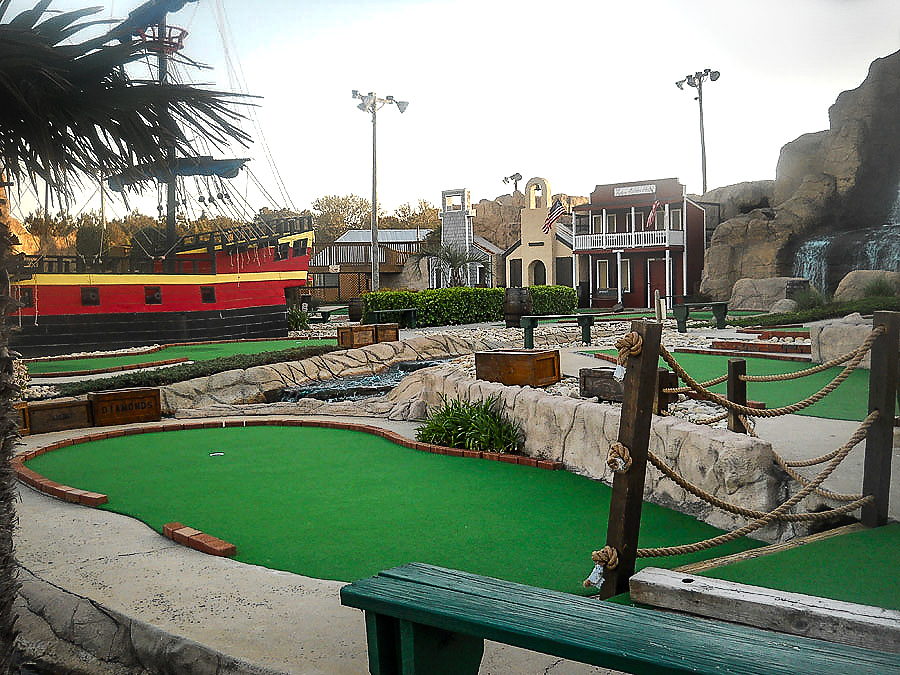 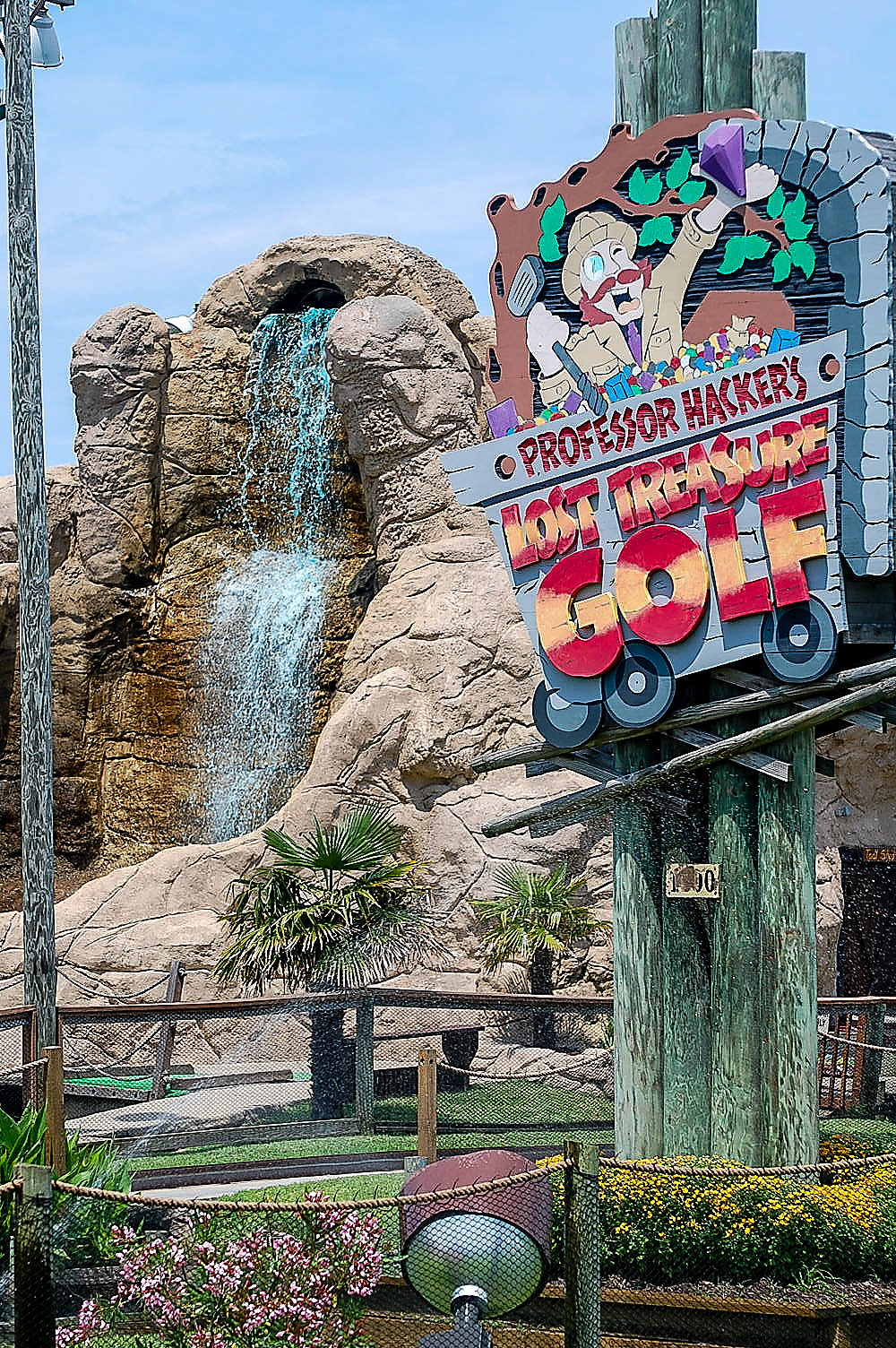 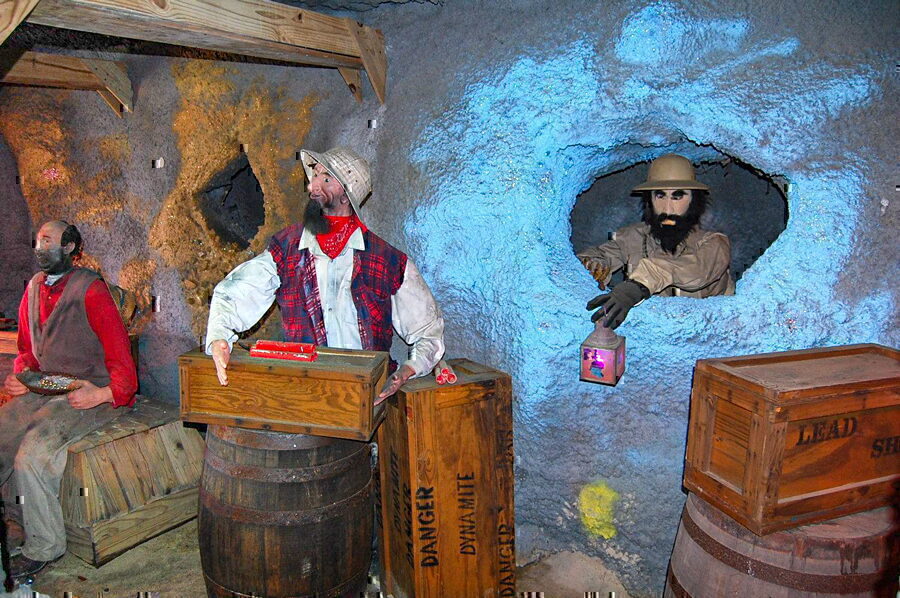