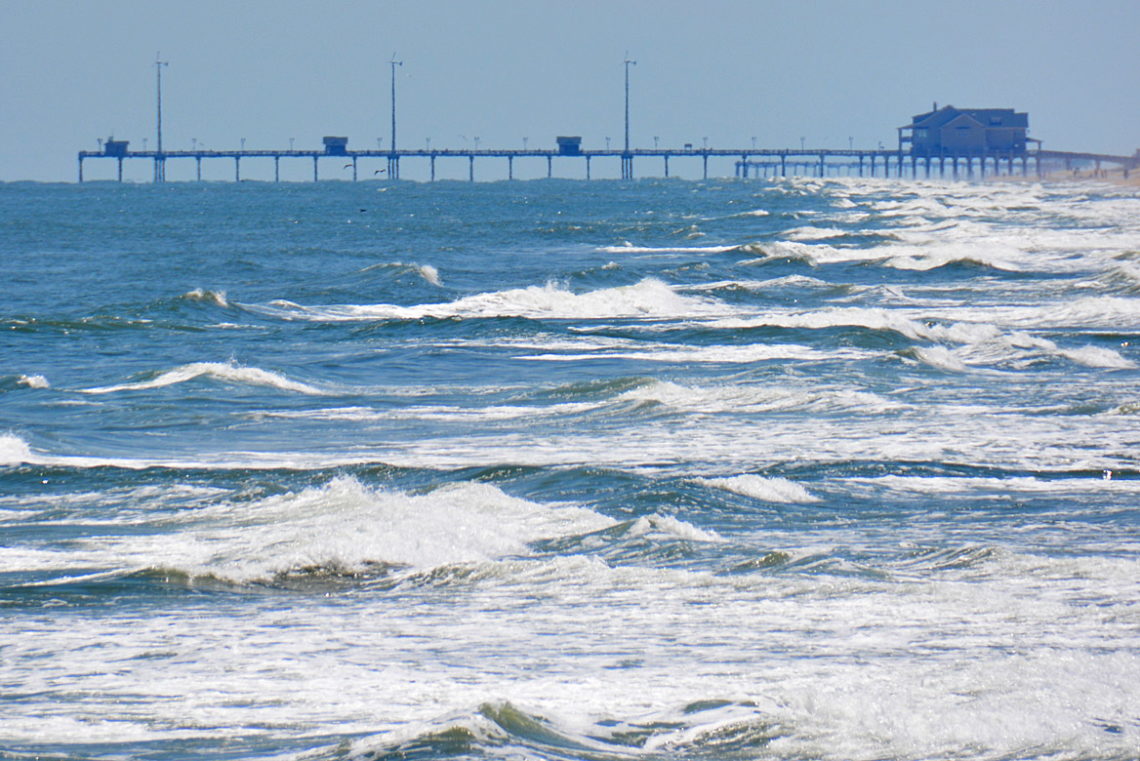 The Diamond Shoals are a cluster of shifting, underwater sandbars that are located just off the coast of Cape Hatteras, but which extend for miles in varying directions, depending on the local currents.

Virtually hidden beneath the waves and always changing formation and depth, the Diamond Shoals are estimated to be responsible for up to 600 shipwrecks along the Hatteras Island and Outer Banks shorelines, earning the region the grisly nickname of the "Graveyard of the Atlantic."

History of the Diamond Shoals

Throughout the centuries, mariners always ran into several problems when travelling past Cape Hatteras and the Outer Banks. Because the barrier islands off of North Carolina were both low-laying and sparsely inhabited, it was often difficult to see where the ocean waters ended and the shoreline began, especially at night when there were no local town lights to guide the way. Added to this difficulty was the Diamond Shoals, which would be just a few feet deep in some locales, and could easily ground a ship amidst a mix of churning waves and rushing currents.

The Diamond Shoals were effectively formed by Hatteras Island's proximity to both the Labrador Current and the Gulf Stream, or Florida Current, which makes the point of Cape Hatteras the terminus for a wide range of both northern and southern marine species. While this produces fantastic conditions for beachcombers and anglers, it's completely treacherous for mariners, and the region has had hundreds of recorded shipwrecks, starting as early as 1526.

When coastal trade along the Eastern Seaboard started to boom in the late 1700s and early 1800s, and the number of shipwrecks along the Cape Hatteras region reached new and deadly plateaus, the US Government stepped in to make the coastline a safer route. As a result, the Outer Banks became the home of the first 7 Lifesaving Service Stations in the mid to late 1800s, and a lighthouse was established on Cape Hatteras as early as 1803 to help guide vessels away from the dark shoreline.

This first lighthouse, which was just 90' feet tall, was deemed ineffective, and the second attempt which included a 150' ft. tall tower was barely visible to offshore ships as well. It wasn't until the construction of the current 1870 Cape Hatteras Lighthouse that the number of shipwrecks finally dwindled, as the 193' foot tall structure's first order Fresnel lens was strong enough and distinct enough to reach visitors traveling up to 30 miles offshore.

As technology improved, the need for a lighthouse and lifesaving stations to protect and assist shipwrecks diminished, however the local lifesaving stations, which were established in no small part because of the Diamond Shoals, would go on to leave a definitive mark as they were re-established in the mid-20th Century as the modern US Coast Guard. As for the Cape Hatteras Lighthouse, it remains the most visited attraction on Hatteras Island, as well as the tallest brick lighthouse in the world.

Submerged into 50' foot-deep Atlantic waters, the Diamond Shoals Light hovers approximately 120' feet over the water, and is a striking and solitary sight in an otherwise deserted, open ocean region. Diamond Shoals Light was one of six "Texas Tower" style lighthouses that were erected in the 1960s in six different offshore locales along the East Coast. Completed and activated in 1966, and later automated in 1977, the unmanned lighthouse provided additional guidance for offshore mariners until 1996, when Hurricane Fran blew through the region and caused devastating damage to the structure.

The lighthouse was eventually deactivated five years later in 2001, and within several years, the light was removed, and the Diamond Shoals Light essentially became a rusty and mostly forgotten relic in the water.

The future is looking brighter for Diamond Shoals Light, however, as it was eventually purchased in 2012 by a private citizen with a goal of restoring it to its original condition.

In the meantime, however, the Diamond Shoal Lighthouse remains a well-known landmark among the charter fishing community, as the metal, submerged pilings attract a range of saltwater fish including amberjack and barracuda. While not open to visitors, the Diamond Shoals Light can be admired by virtually anyone on a Hatteras Island charter fishing adventure, provided that the weather conditions are calm, and anglers request a quick stop at the structure to the captain before departing.

Benefits of the Diamond Shoals

While historically the Diamond Shoals have been nothing but trouble for North Carolina's coastal visitors, modern Hatteras Island vacationers reap the benefits of being so close to these shifting sandbars.

The most notable example is Cape Point, a local fishing spot that's one of the most famous and fruitful fishing destinations along the East Coast. Located at the very tip of Cape Hatteras, where the two major currents meet and the Diamond Shoals begin, this beach region has consistently stellar surf fishing conditions for a wide range of inshore and even offshore species, including sea mullets, mackerels, trouts, spots, croakers, bluefish, pompano, cobia and even seasonal drum.

The other draw for coastal visitors is the abundance of seashells that wash up along the southern Cape Hatteras beaches, particularly on a stretch of shoreline known as "South Beach," which is located just south of Cape Point. The mingling warm and cold water currents, combined with shallow ocean waters, often produce a wealth of unusual and even tropical finds which can include whelks, pen shells, helmet conchs, sand dollars, Scotch Bonnets, and even the out-of-place Florida Fighting Conch.

Both Cape Point and South Beach are best explored in the shoulder and off-season months, when the shelling and fishing are at their peak, and both beaches may be seasonally closed in the summertime by the National Park Service for threatened (or endangered) bird breeding activity. A 4WD vehicle, (and a required NPS Beach Driving Permit), is also strongly recommended to access either beach, as they are located a good 2-3 miles away from the nearest public or private parking area.

While it may seem like a lot of work and planning to access these Diamond Shoals-bordering beaches, avid beachcombers and fishermen alike attest that the effort is well worth the eventual score.

Both beaches have been attracting visitors for generations, and thanks to the Diamond Shoals and the offshore currents, continue their local legacy as the best Outer Banks shorelines for beachcombing and casting a line. Visitors should simply use common sense and caution, and never attempt to swim near the Diamond Shoals waters, where currents are always strong and completely unpredictable.

The Diamond Shoals gained national attention as a deadly mid-Atlantic region which mariners justifiably feared, and where shipwrecks were abundant. But over the centuries, as maritime equipment improved and steps were taken to warn or assist passing vessels, the inherent threat of the Diamond Shoals has diminished, leaving the region as one of the best locations for fishing, shelling, and enjoying an ever-changing water vista.

Still notoriously honored at local museums like the Graveyard of the Atlantic Museum in Hatteras Village, the Diamond Shoals can be enjoyed by modern-day vacationers who appreciate an off-the-map beach that's unlike any shoreline along the East Coast. 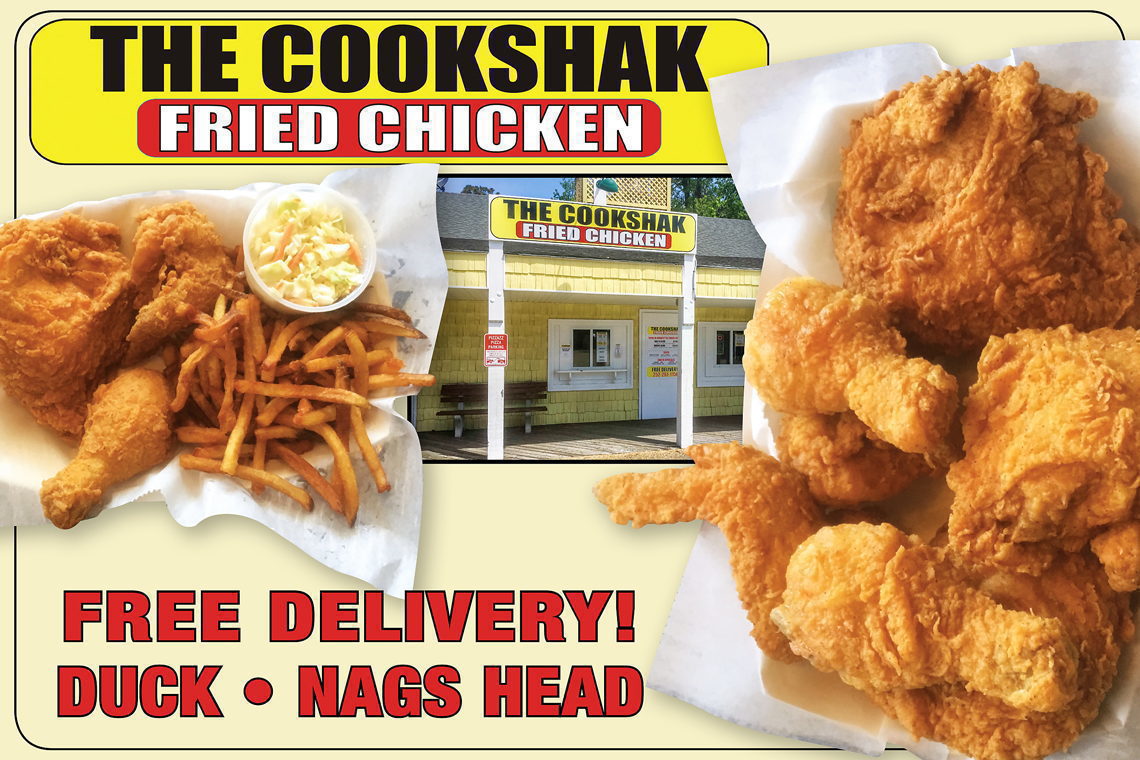 There’s an art to doing a home-style chicken dinner right in the South. You need a chicken fried to golden, crispy perfection obviously. Then you need the appropriate fixings, like mac and cheese and coleslaw. Finally, you need that familial setting of passing the plates, helping yourself and fighting for the very last piece. And we have this art down at The Cookshak Fried Chicken – in fact, it’s our specialty. Choose a whole or half bird and a side dish (or three!), and you have a deliciously easy meal in the making. We also offer lunch deals where you can get two or three-piece meals, sides and a drink. We keep feeding yourself or the whole crew quick and convenient. At our Duck location, you can order carry-out from our window to take home or enjoy at the neighboring Pizzazz Pizza. For a sit-down meal, check out our Nags Head eatery shared with Pizzazz Pizza. Don’t want to venture out? Not a problem. We offer free delivery. 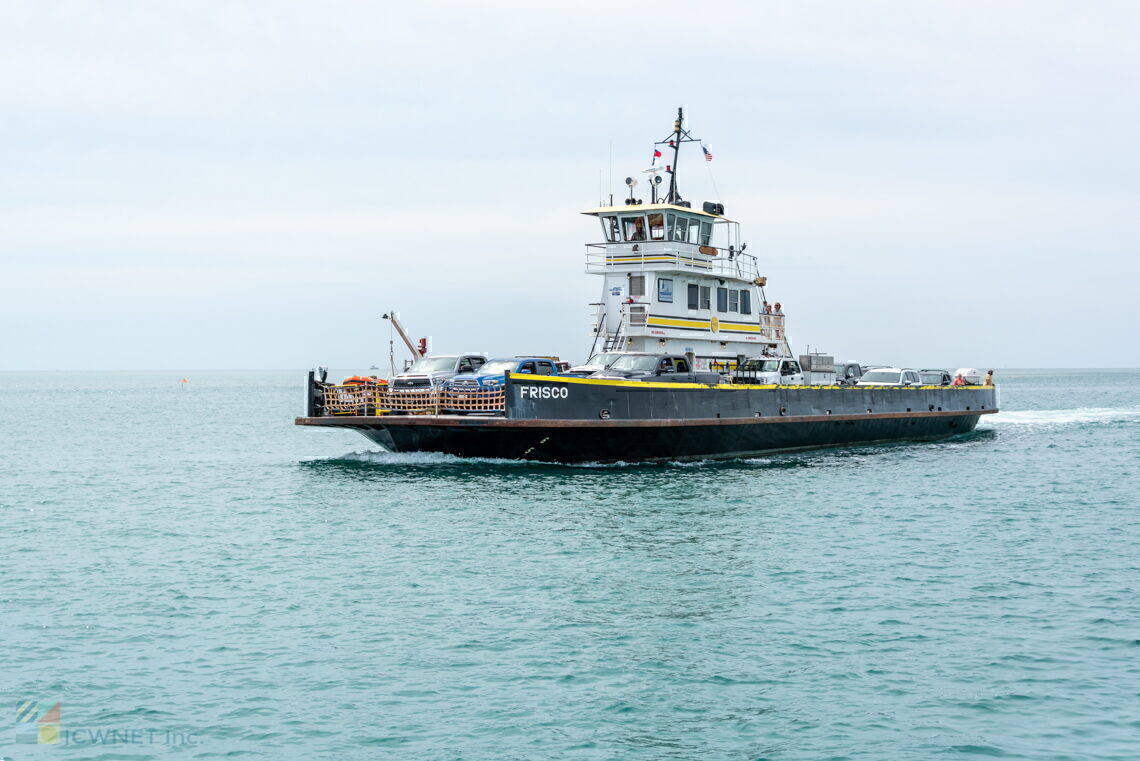 The Hatteras / Ocracoke ferry is one of the most popular of the seven coastal ferry routes that are orchestrated and managed by the North Carolina Department of Transportation (NCDOT.) Open for everyone, with daily runs that occur 365 days a year, the short 40-45 minute island-hopping ferry provides an integral link for Ocracoke Island to the rest of the Outer Banks, and provides visitors of all seasons with an exciting way to enjoy a coastal day trip. For a little bit of completely free entertainment, hop aboard via car, truck, bike or even just on foot, and discover a scenic boat ride that's just as thrilling as discovering the island of Ocracoke itself.