Given the small size and relative isolation of Hatteras Island, it's hard to image that the small collection of towns can accommodate just about anyone, including and especially high flyers who visit the Outer Banks by airplane. But surprisingly, Hatteras Island is home to its own airport, the Billy Mitchell Airport, and though small in size and limited in facilities, visitors to this Frisco oceanside airstrip will find more or less everything they need, surrounded by some of the most gorgeous scenery on the Outer Banks, and with a few extra amenities that are an unexpected benefit to Hatteras Island newcomers.

If you're considering an aerial tour of Hatteras Island for a bird's eye view of the Outer Banks, or thinking about forgoing the long trip across NC Highway 12 and simply flying in on a small private plane, then the Billy Mitchell Airport is an essential stop along your Outer Banks travels. Surrounded by barren but beautiful landscape, and featuring a number of perks that are both surprising and a welcome part of its charm, the Billy Mitchell Airport is a prime example of what Hatteras Island is all about.

History of the Billy Mitchell Airport

The Billy Mitchel Airport (HSE) may look brand new, with flawlessly paved airstrips and parking areas, but it's actually well over 50 years old and was first constructed in the early 1960s by the North Carolina Department of Aviation. Located in the heart of the Cape Hatteras National Seashore, the airport is managed by both the NC Dept. of Aviation as well as the National Park Service (NPS), which controls and manages all of the beaches on Hatteras Island.

The airport is named after local legend Billy Mitchell who was a pilot in World War I and advocated an increased development in air power as an instrument to win future wars. His biggest cause was the advancement of aircraft bombing techniques that could sink battleships, and essentially give the allied forces an edge from the sky in any major battle. He put his theory to the test off the coast of Hatteras Island, and despite criticism and skepticism from powerful superior officials, conducted the first successful aerial bombing tests along the eastern coasts of North Carolina and Virginia. These initial, unpopular tests that were conducted in the 1920s would later prove instrumental procedures in the destruction of several German battleships in World War II.

Court marshaled for his radical demonstrations and very opinionated views on the future of air warfare, and eventually removed from his military duties as a result, Mitchell's ideas were never quite accepted as common sense until after his death in 1936, when his methods were utilized in World War II to great success. The Billy Mitchell Airport both honors his off-island experiments as well as his tenacious, against the grain spirit, that fits in quite well on Hatteras Island.

From the road, the Billy Mitchel Airport or Frisco Airstrip as it is commonly called may be initially hard to spot. The town of Frisco has a number of gorgeous beaches which are virtually hidden by acres and acres of maritime forest abutting the two lane NC Highway 12, the main and only route on and off Hatteras Island. The airstrip is located across the street from Frisco Rod and Gun and is marked by a small brown NPS sign which notes both the airstrip, as well as 4WD access ramp 49, (one of the most popular beach access ramps on Hatteras Island), and the NPS campground.

The airport itself is unattended, but is open daily from 30 minutes before sunrise until 30 minutes after sunset. Aviators will find a 3000' x 75' runway with no lights, fuel, or running water available at the facilities. Private flyers are advised to be mindful of these conditions, as well as the local winds which can fluctuate at a moment's notice, neighboring wildlife, (especially in the off-season months), and military or emergency aircraft when landing on and taking off from the airstrip.

Close to the runway, aviators will find 31 plane parking spaces on a primary apron, and an additional 8 spaces located on a secondary, nearby apron (although this area should be used with extreme caution, as it services a number of local military planes and emergency helicopters and medevacs.) The parking area is free and open to all aircraft, provided they park for a total of 14 consecutive days during any month-long period. Pilots who are planning a longer stay must first talk with a Hatteras Island District Ranger, usually stationed nearby at the NPS Frisco campground, for written authorization from the NPS.

The facilities may initially seem somewhat limited, however tired pilots will be happy to find an eco-friendly terminal building located just off the runway which is open to the public. To access, simply enter "Squawk VFR" on the electronic keypad located just outside the door. Inside, aviators will find a cozy lounge area with local maps and a courtesy telephone, WIFI and internet access, a first-aid kit, local publications, and a base-station radio. Visitors to the terminal station are politely asked to leave the facilities exactly as they found it, as the terminal functions on the basis that everyone has access, and everyone treats the area with respect, allowing it to be enjoyed by countless vacationers for decades to come.

There's also a guest log that invites pilots to both note their arrival and visit, as well as leave feedback about the airport. All pilots are encouraged to share their impressions, to help make the airport continually user-friendly to any and all visitors.

Two port-a-potties are located by the terminal, although plans are in the works to create a more permanent restroom facility for visitors. There are also 15 public parking spaces, although parking is limited to 24 hours at a time. There are also surveillance cameras located throughout the airport, as well as regular patrols by both the NPS rangers and the local police force, to ensure the area remains safe and open to everyone.

Once a pilot has landed, they'll find a world of amenities and attractions located just steps off the plane. The neighboring beach is a local favorite, and is located just a quarter - half mile away, depending on your parking spot. Essentially, it's an easy and rejuvenating walk across the dunes to get to the ocean, although due to the fragile nature of the Outer Banks, airport visitors are asked by the NPS to stick to the sandy paths and not walk through the vegetation to get to the beach.

There are also two campgrounds that are literally less than a mile away for spontaneous travelers who need a place to stay. The NPS operated campground which is located on the same road as the Billy Mitchel Airport is one the "highest" campgrounds on the Outer Banks, located atop one of Frisco's largest off-the-beach dune lines. The campground comprises of both wooded and beachside sites, and features a community boardwalk that gives vacationers easy beach access. This campground has limited facilities, but does feature on-duty rangers to answer questions, public restrooms and showers, and park grills at every site.

The Frisco Woods campground, which is basically located just across the street, is one of Hatteras Island's most renowned campgrounds as it offers a plethora of private, wooded campsites in addition to incredible Pamlico Sound access, a community pool, and a local convenience store and gift shop with plenty of supplies on hand to complete an Outer Banks vacation. Both campgrounds are seasonally open and tend to fill up fast from the spring until fall, so advanced reservations are strongly encouraged.

Naturally, these are not the only accommodation options available for Hatteras Island aviators, and visitors by plane will find no shortage of local motels, bed and breakfasts, ad vacation rental homes or condos, in addition to local taxi services both to and from the airport. Just be sure to call well in advance of your arrival to arrange both accommodations and transport, and you're sure to enjoy a smooth, turbulence-free vacation.

Visitors who aren't flying into the Outer Banks but still want a chance to experience the Hatteras Island high life should make a trip to the Billy Mitchel Airport as well, to embark on an aerial tour offered exclusively by Burrus Flying Service.

Burrus Flying Service's Outer Banks Air Tours isn't hard to find. They have a small information kiosk located just across the street from the Billy Mitchell Airport and adjacent to the Frisco Rod and Gun. From here, vacationers can sign up for a wide variety of air tours, ranging from the southern towns of Buxton, Avon, and the tri-villages of Salvo, Waves and Rodanthe, (which includes a spin or two around the Cape Hatteras Lighthouse), or a trip south to the village of Hatteras, Hatteras Inlet, and Ocracoke Island.

Tours are generally about two hours or so, and the small plane can comfortably accommodate parties of two or three. Expect to be completely wowed by the incredible vistas of Cape Point, the lighthouse, the Pamlico Sound and Atlantic Ocean, and the small fragile strip of Hatteras Island in between. From this perspective, visitors can see first-hand just how delicate this chain of the Outer Banks actually is. Tours should be booked well in advance, especially during June, July and August when the island becomes a popular vacation destination, and vacationers should also be prepared for the unfortunate event of weather delays. All tours depart from and arrive at the Billy Mitchell Airport, and the aerial tour is one of Hatteras Island's longest running, and most beloved ways to see the island in an entirely new way.

The majority of visitors to Hatteras Island will never have a need to stop by the Billy Mitchell Airport, and at best, may pass by it briefly en route to the Ramp 49 4WD beach access or the locally renowned NPS Frisco campground. Regardless, aviators can rest assured that they have a well-maintained and safe place to land on Hatteras Island, and adventurous vacationers who love the thrill of something new will enjoy the fact that there are aerial tours readily available throughout the summer season.

Whether you are just passing through or coming in for a landing, the Billy Mitchell Airport is wide open for aviators and visitors alike. With gorgeous beaches located just off the airstrip, miles of seclusion, but all the amenities that a pilot could use after a quiet flight, visitors will find that the Billy Mitchell Airport is just as picturesque and accommodating as everything else on Hatteras Island. 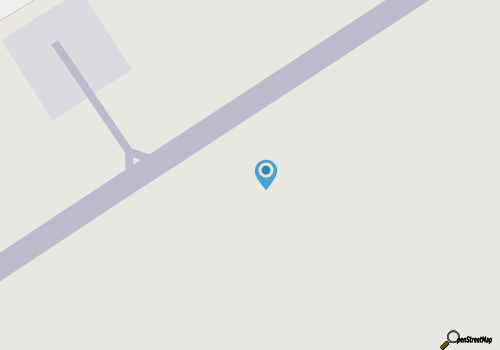 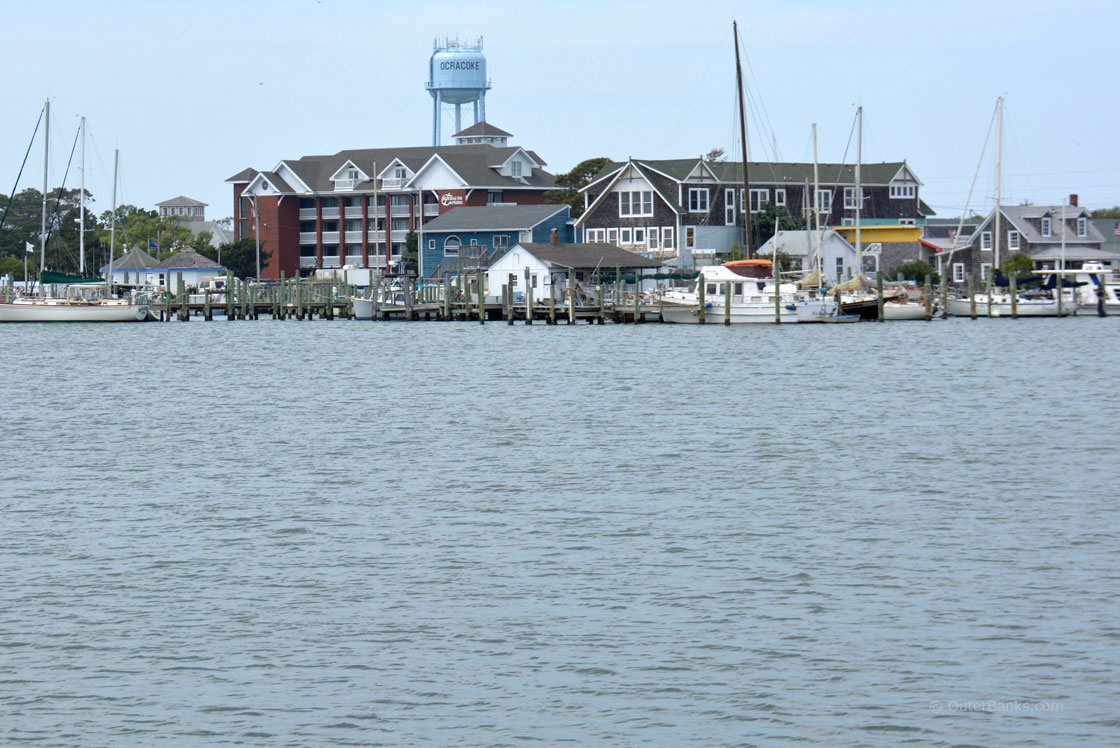 The Ocracoke Harbor is easily the busiest quarter mile stretch of Ocracoke Island. Consisting of a small, lagoon-like section of saltwater, and lined by a semi-circle of docks, restaurants, shops, marinas and motels, visitors will find that any and all of the activities on Ocracoke Island can most certainly be found harbor front.