In late May, 2017, visitors and locals alike were amazed to discover that a new island had surfaced off the popular Cape Point fishing beach in Buxton, just in time for the start of summer.

Quickly renowned for its piles of great shells and unbeatable views of the surrounding beaches, “Shelly Island” soon made national headlines for its sudden appearance, gorgeous setting, and tons of finds that have attracted beachcombers from all across the country.

What is Shelly Island?

Shelly Island first surfaced as a skinny sandbar in late April and early May, according to reports from avid fishermen along Cape Point. This “island” has appeared at this location before, with the last reported sighting occurring several decades ago, but locals attest that this is the widest and longest that the island has been in at least 40 years.

As of early July 2017, the island was roughly a mile long and three football fields wide, (depending on the tide and the currents), and it was already attracting a wave of media attention. National news networks, newspapers, and travel magazines highlighted this island that seemed to spring out of nowhere, and word spread quickly about both the island’s existence, as well as its wealth of shells that seemingly wash ashore on a daily basis.

The Shelly Island moniker isn’t official, but it is tied to one of the first mentions of the island in a national news story. In the story, a young visitor was quoted as naming the new island “Shelly Island” due to the sheer amount of shells along the beach, and the name stuck for visitors and media outlets alike.

Where is Shelly Island and How do you Get There?

Shelly Island is located in the town of Buxton on Hatteras Island, just south of the Cape Hatteras Lighthouse and just offshore of Cape Point, which is famed as one of the most popular surf fishing beaches along the Eastern Seaboard.

Visitors can reach the island by driving past the Cape Hatteras lighthouse, and heading to ORV ramp 43 / 44, which connects with Cape Point, and the eventual Shelly Island. Beach closures may occur during the spring, summer, and fall months due to threatened or endangered bird nesting activity, but an ORV corridor is often established to allow 4WD vehicles with a Beach Driving Permit to reach the area.  (Beach Driving Permits can be obtained from the National Park Service on a weekly or annual basis.)

From the tip of Cape Point, visitor can use a kayak, stand-up paddle board, or surfboard to reach Shelly Island, and to embark on an exploration of this unique formation that has surfaced just off the coast. While swimmers can reach the site too in perfect conditions, many area organizations – including the Hatteras Island Rescue Squad and the National Park Service – have cautioned swimmers to steer clear due to swift currents, unexpected rip tides, and other potential threats in the waters.

What Kind of Shells are on Shelly Island?

Visitors and locals who have been making the trek out to this isolated island have attested that the name “Shelly Island” is an apt one. The beaches are littered with shells on a regular basis, which include some incredible and often rare finds for Outer Banks treasure hunters.

While making an expedition to Shelly Island, be on the lookout for these finds that are worth keeping by virtually any beachcomber’s standards:

Whelks – Often mistakenly or casually called “conchs,” the large whelks that wash ashore on Shelly Island are treasured and surprisingly common finds along the beach. Three varieties of whelks can be found on the local shoreline – Knobbed Whelks, Lightning Whelks, and the rare Channel Whelks – and can measure from just a couple inches long to 12” long.

Olive Shells – Olive shells have been common on Shelly Island, and can range in size from less than 1” long to 3” or even more. Often found close to the water, these treasures are surprisingly common in this new island destination.

Moon Shells or Shark’s Eyes – The circular moon shell or shark’s eye is also a regular find on this island, with several beachcombers reporting that they’ve found several moon shells that measure 3” wide or more. These cylindrical shells with a tight central spiral are always worth keeping, and can range from ¼” wide to apparently giant proportions.

Ear Shells – Delicate and easy to overlook, these small and often stark white shells can be found buried in the piles of shells that wash up with the tide. Resembling an ear with a tight central spiral, these cool little shells are worth keeping for ornamental value alone.

Augers, Oyster Drillers, Wentletraps, and Other Small Shells – Tiny spiraled shells that are beautifully intricate can also be found by beachcombers with an excellent eye. Look for these delicate finds in tidal pools and in large piles of shells where these hidden gems may be overlooked.

Coral – Many visitors have reported finding big chunks of often fossilized corals along Shelly Island, which are rock hard yet intricate treasures in their own right.

Though tricky to reach – with a few potential dangers along the way – locals and visitors who have made the trek attest that Shelly Island is worth the hype.

A wholly unique addition to the Hatteras Island beach scene, the new Shelly Island proves just how dynamic and fascinating the Outer Banks can be – and provides even more reasons to go out and explore this pristine vacation destination. 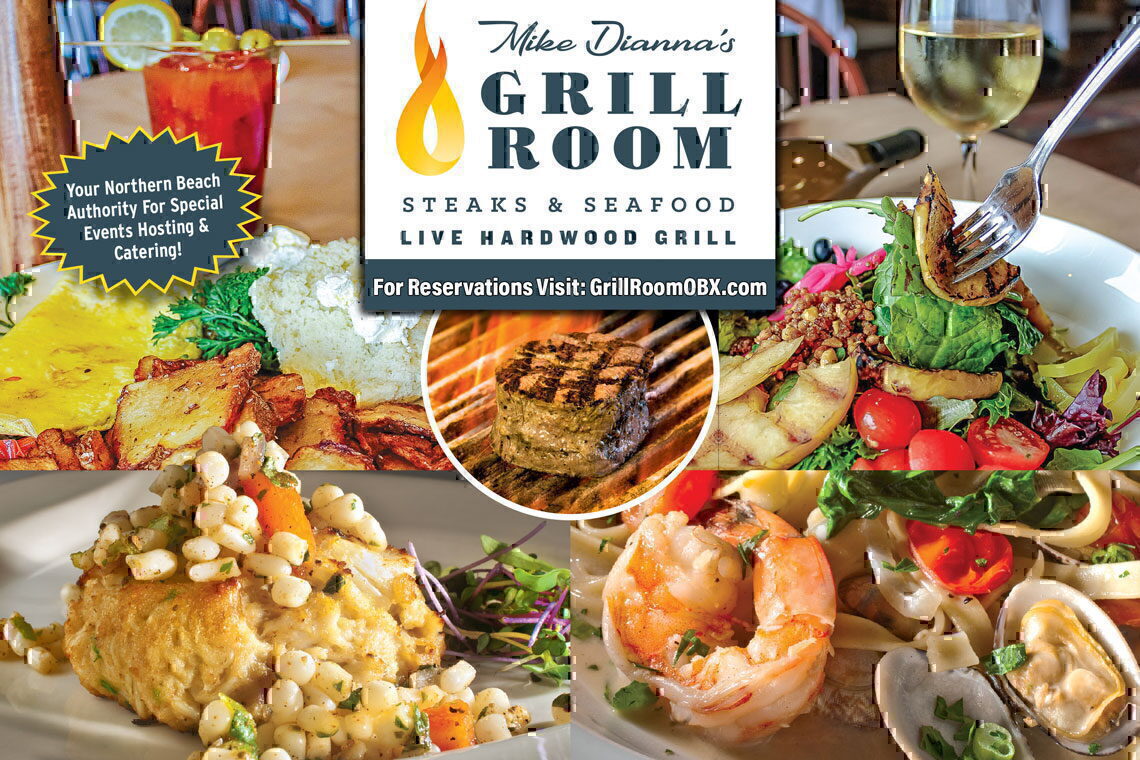 BREAKFAST DEAL 10% OFF BREAKFAST FROM 8AM TO 9AM

MUST PRESENT COUPON BEFORE ORDERING ONLY VALID IF SEATED BY 9AM 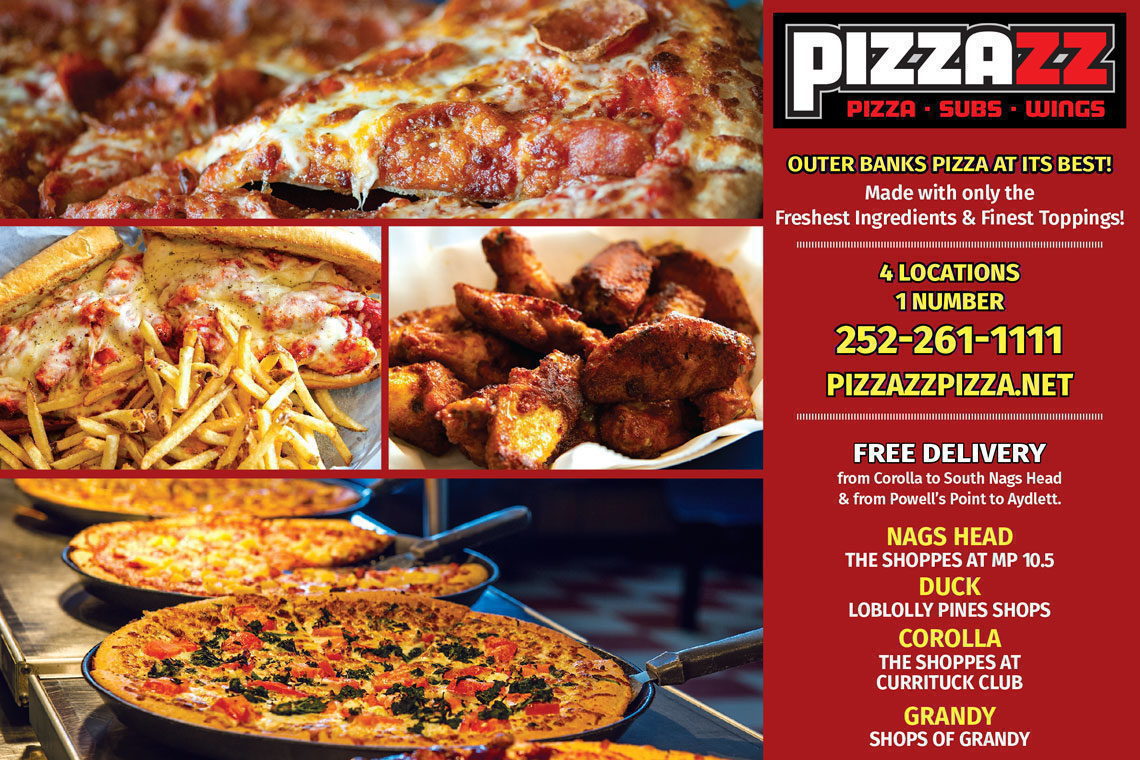 Pizzazz Pizza now has FOUR convenient Outer Banks locations in Grandy, Corolla, Duck & Nags Head. Made with only the freshest ingredients and finest meat toppings! Dine in, carry out or delivery (from Corolla to South Nags Head; from Powell's Point to Aydlett). 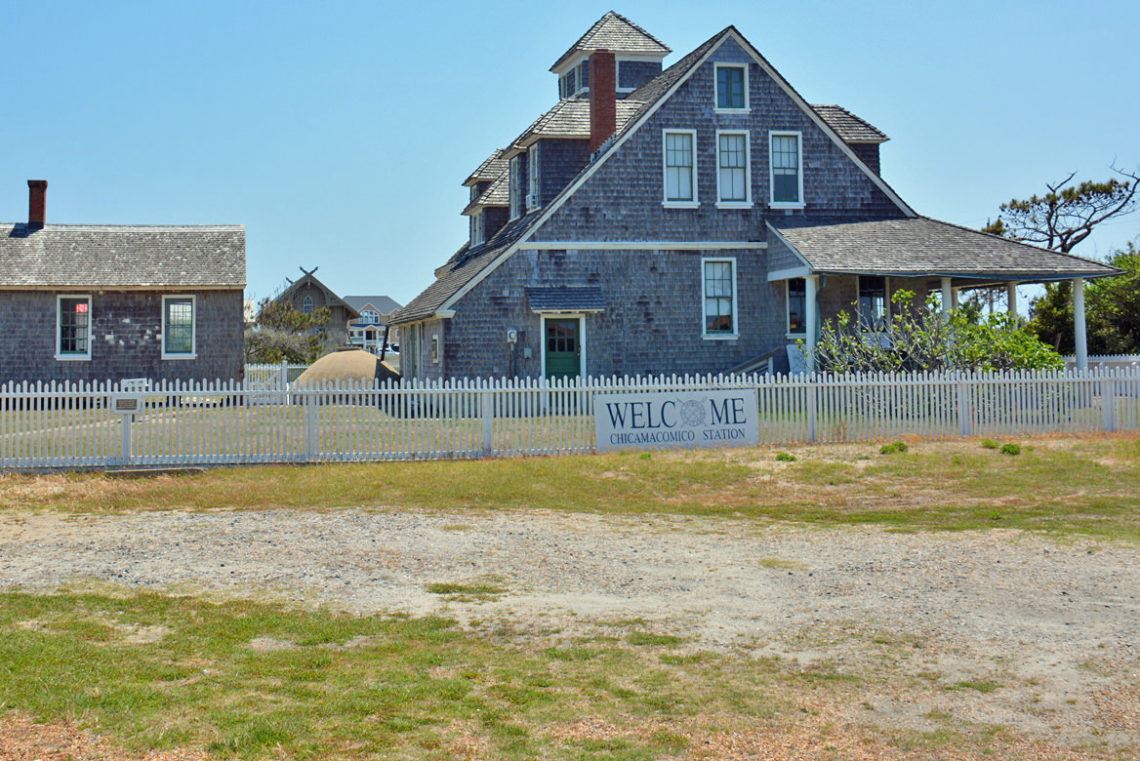 The Chicamacomico Lifesaving Station is one of Rodanthe's greatest treasures. This historical lifesaving station has been a popular attraction for Hatteras Island visitors for decades, and stands on the very edge of the small town of Rodanthe. Over the years, this station has been battered by hurricanes, ocean and soundside flooding, and ferocious gusts of winds, and yet it is still standing, and serves as a proud reminder of Hatteras Island and the Outer Banks' rich lifesaving history.