Rodanthe Pier has weathered more than a few hurricanes and has recently made an almost complete comeback from Sandy. It will always be around as long as Hatteras Island is to offer guests and locals a great day of fishing, with catches of sea mullet, spot, bluefish, trout, mackerel and small flounder common during the season. 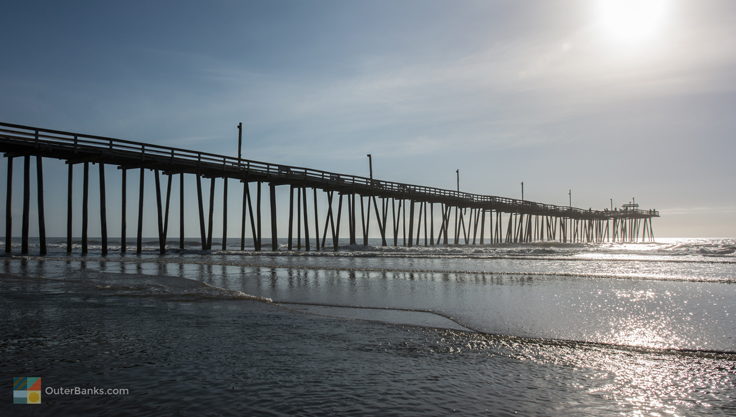 The pier sells daily and weekly fishing passes, with discounts for children and daily sightseeing passes for all ages. Featured annually is a great day of fun at the Kid’s Fishing Tournament, with local businesses donating prizes.

Inside the Pier House you’ll find everything you need to enjoy a day out over the ocean - bait, tackle and fishing equipment for sale - and rod and reel rentals as well. The Pier House game room has video games and TV and is a great place to hang out, cool off or enjoy a snack, including sandwiches made by Waves Market and Pier House hotdogs. There’s also plenty of T-shirts, hats and souvenirs for sale.

The pier rules are short and sweet. The pier is a family-oriented business, so no profanity or intoxication -  and no jumping off the pier. You can go barefooted - but at your own risk. The pier’s website includes a web cam and daily fishing report. Off season hours are shorter. 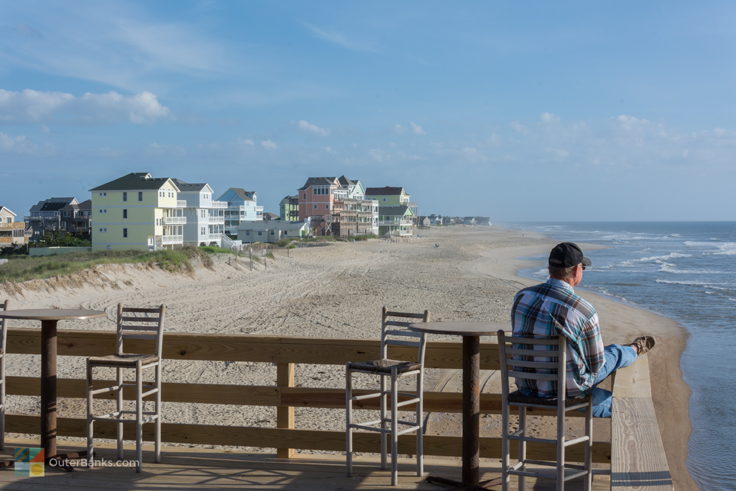 The tri-villages have a little of everything, from ice cream shops to restaurants, watersports lessons to soundfront bistros, and the northernmost town, Rodanthe, even has the distinction to being home to one of the island's only two operating piers.

The Rodanthe Fishing Pier has been beckoning Hatteras Island anglers for decades, with a location that's convenient to folks staying in all three villages. Many Rodanthe vacationers find that they can simply walk over to the pier with their gear in hand, while Salvo and Waves visitors can drive over along NC Highway 12 and be fishing off the pier within minutes.

While location and convenience are the key draws to vacationing tri-village fishermen, the Rodanthe Pier also has plenty of little extras to keep anglers and their families happily entertained for hours, as well as a stormy history that makes it a quintessential Hatteras Island landmark, and a bit of celebrity as a local landmark that doubles as a star on the big screen.

The Rodanthe Pier, (technically named the Hatteras Island Pier), was one of three fishing pier built in the 1970s and 1980s on Hatteras Island as tourism began to thrive among East Coast anglers. For many years, the pier had a large parking area, a small tackle shop, and an expansive restaurant and bar located within the Pier House.

During the late 1990s and 2000s, however, a number of hurricanes stormed through the area, causing ever-increasing ocean erosion and forcing the restaurant to move to higher and more stable ground across NC Highway 12 on the soundside. The pier persisted, however, closing after every hurricane season to make necessary repairs along the way.

Hurricane Irene in 2011 was a particularly hard hit on the tri-villages, followed the very next year by the late-October Hurricane Sandy, and it became evident that massive repairs and renovations were needed to get the Rodanthe Fishing Pier back to its former glory as one of Rodanthe's best attractions.

An extensive remodel therefore began in the fall of 2012, and continued all the way through the following spring. In the process, an extra 170' ft. was added to the end of the pier, complete with a fishing deck at the end, making it a total 700' ft. long.

The restaurant may be long gone, but the pier house is still stocked with virtually everything a fishermen or family needs to enjoy an afternoon of relaxing over the ocean views. The shop features bait, tackle, rods and reels, drinks, and snacks, and adjacent to the pier shop is a game room with tables and chairs. This portion of the pier was also renovated in 2012, adding bright cheerful colors, new furnishings, a TV, and a few games to keep the kids entertained.

Of course, the big lure of the pier is the exceptional fishing, and anglers will find a variety of species during any given time of year. Pier visitors can expect to reel in summer mackerels, mullet, bluefish, puppy drum, croaker, spot, and even black tip sharks and cobias. The catch all depends on the season and the fishing conditions, so upcoming pier visitors are encouraged to scope out the pier's fishing report, for daily updates on what's being caught on the premises.

For kids who love a little fun competition, the Rodanthe Pier also hosts an annual youth fishing tournament, generally held during Memorial Day Weekend. Children ages 5-16 are welcome to join in the fun, and prizes are given to three separate age groups. The tournament generally lasts between 10:30 - 2:00 p.m. and is a fantastic and fun activity for Memorial Day vacationers.

Besides the exceptional fishing, non-anglers can simply take a stroll down the pier for some incredible views of the tri-villages from the ocean's perspective, a cool ocean breeze, and to snap a few photos of one of Rodanthe's more famous locales.

The pier made its big screen debut in the Richard Gere and Diane Lane movie "Nights in Rodanthe", based on the novel by Nicholas Sparks, and featuring a number of parts filmed on location in Rodanthe.

The pier has two on-screen appearances in the movie. Right before a storm comes through, the pier shop is used as the setting of a local store, with locals hurriedly loading up on supplies, and after the storm passes, the pier is the setting for the "post-hurricane" party, where local Hatteras Island extras can be spotted mingling with the big-name stars. Movie buffs should definitely rent the 2008 movie either before or after their stay to spot their favorite local destinations, and to catch a glimpse of the "post hurricane" Rodanthe Pier. 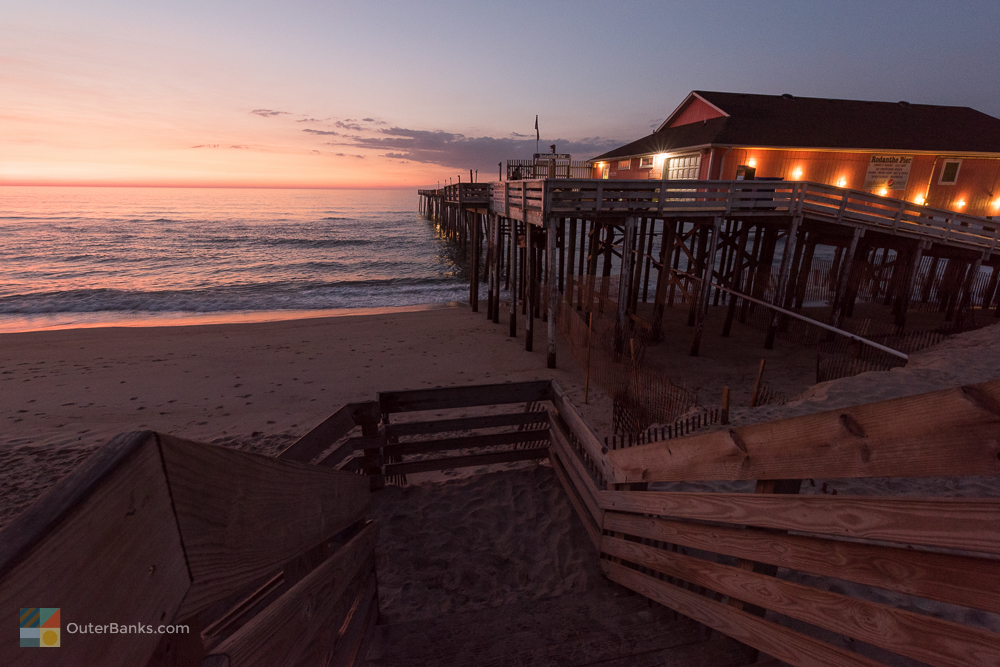 Visitors to any beach along Rodanthe and Waves will surely spot the pier from a distance. Newly remodeled and arching into the ocean for a full 700' ft., the pier is hard to miss. The best views of the pier, however, are located right along the deck. With phenomenal island-spanning vistas, plenty of cool drinks and snacks nearby, and lots of elbow room to reel in some of the Outer Banks' best catches, the Rodanthe Pier is a local legend in its own right.

On your next vacation to the tri-villages, come discover the exceptional fishing that's located close to home, or just enjoy a little tour of one of the tri-village's star attractions, with an extended visit to the Rodanthe Pier.