Head to Roanoke Island in the scenic month of May to enjoy some of the best music of the year at the popular Bluegrass Island Festival. This annual festival has rapidly blossomed into one of the most anticipated music events along the Outer Banks, and attendees will be treated to a wealth of acclaimed bands, from legendary national acts, to homegrown bluegrass performers who will have everyone’s toes tapping.

The festival spans three days, and is held on the grounds of the gorgeous Roanoke Island Festival Park, which is well known as one of the most scenic and accommodating music venues along the Outer Banks and beyond. During the event, expect to see a full line-up of top rated bluegrass groups and musicians, which initially kicks off on Thursday night, and which lasts all weekend long. Dozens of performers are slated to appear at the festival, and visitors can check out the Bluegrass Island Festival’s website to see the current and ever-changing line-up, and to purchase tickets for the event. With a host of stars taking the local Roanoke Island stage, and plenty of food, drink, and dancing to go around, the Bluegrass Island Festival deserves its reputation as one of the biggest and best music festivals on the Outer Banks. 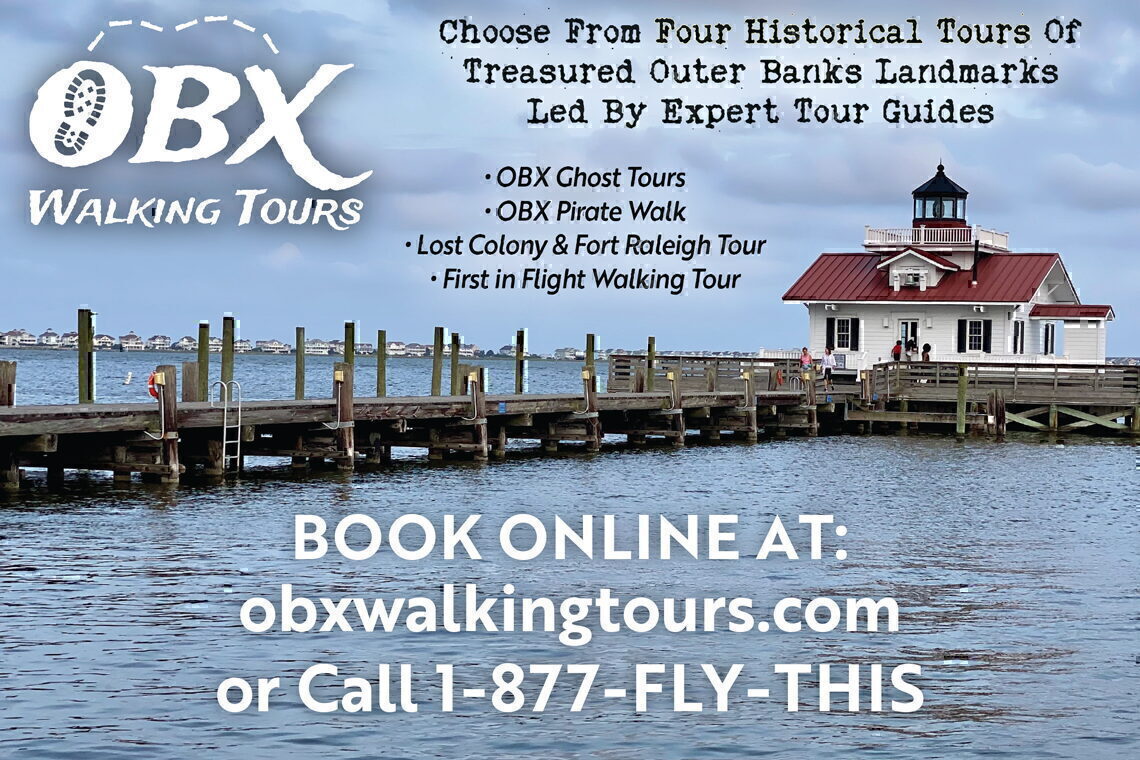 Discover what makes the Outer Banks the most haunted beach in America! You'll be entertained as a guide leads you through down town Manteo by lantern telling the spooky stories and haunted history of the Outer Banks. Whether you believe it or not, you'll enjoy your time at OBX Ghost Tours. Book now for the time of your afterlife!