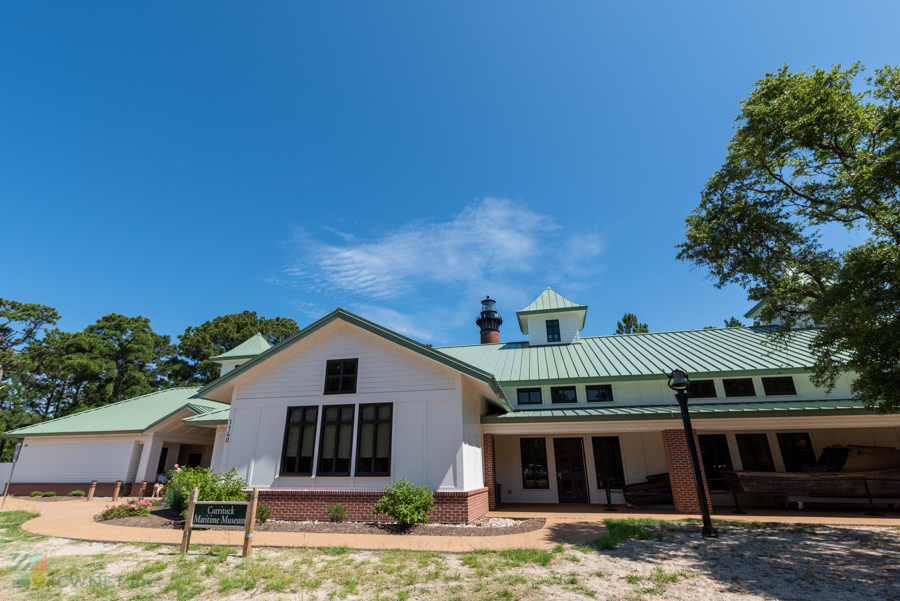 Situated next to some of the northern Outer Banks most famous attractions, including the Currituck Beach Lighthouse and the Whalehead Club, this museum unravels the history of the Historic Corolla Park and the Corolla community in general, with 10,000 square feet of exhibit space that is brimming with treasures and stories to discover. 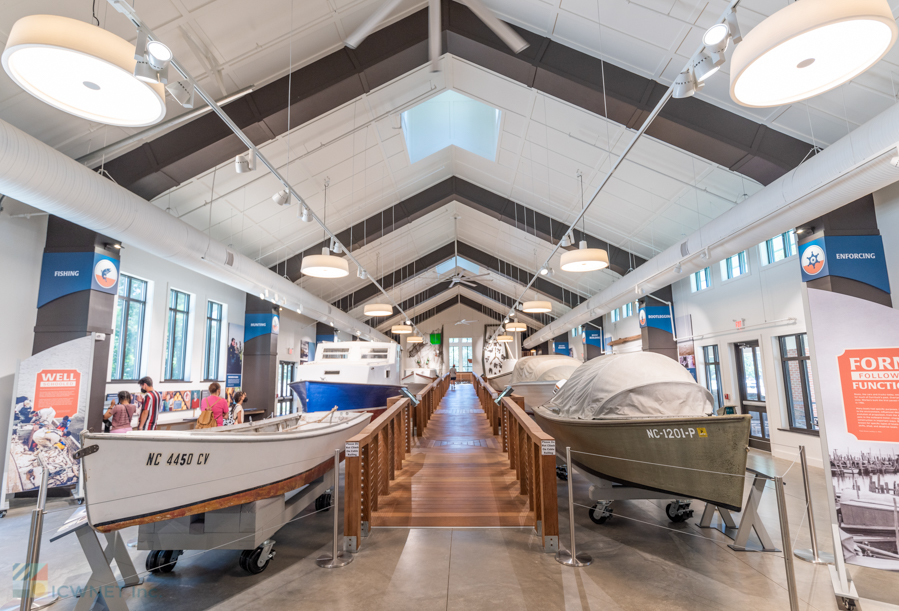 From authentic work boats that were used by generations of fishermen, to artifacts that pay tribute to the lifesaving and lightkeeping roots of this small beachfront town, the Currituck Maritime Museum tells the story of the Outer Banks over the centuries, one fascinating exhibit at a time.

History of the Currituck Maritime Museum
Today, Corolla is a vacationer’s paradise that is dotted with modern vacation homes, restaurants, shops, and a host of amenities that attract hundreds of thousands of vacationers every year, but just 50 years ago, the Corolla landscape was the complete and barren opposite.
Up until the late 1970s and early 1980s, only a handful of residents called this northern Outer Banks community home, and only the most adventurous visitors would make the long trek north to explore the rugged terrain, and enjoy some of the Outer Banks’ most isolated but fruitful hunting and fishing grounds.
Even so, Corolla has been occupied by brave and hearty settlers since the late 1600s, and for several hundred years prior to the tourism boom, the area was known for its life on the water. 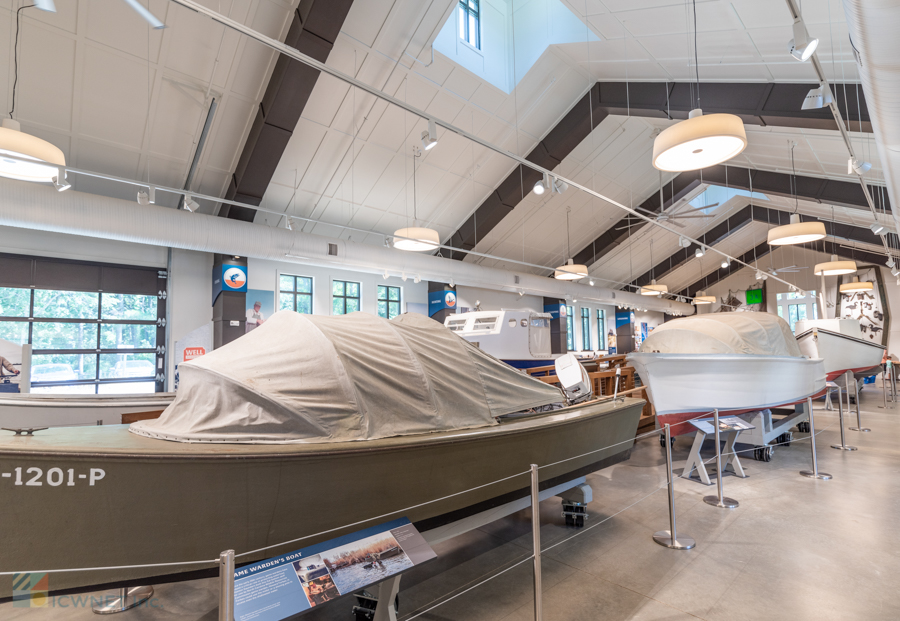 Prestigious hunt clubs like the Whalehead Club brought in sprinklings of visitors beginning in the 1800s, while the community’s precarious locale on the northern fringes of the Graveyard of the Atlantic brought in waves of residents in the form of lightkeepers for the Currituck Beach Lighthouse, (first lit in 1875), and personnel for the area’s Life-Saving Stations, which were precursors to the U.S. Coast Guard.
Outside of these lifesaving and early tourism jobs, residents made a living by hunting, fishing, and taking advantage of Corolla’s prime location that straddled the Atlantic Ocean and the Currituck Sound. 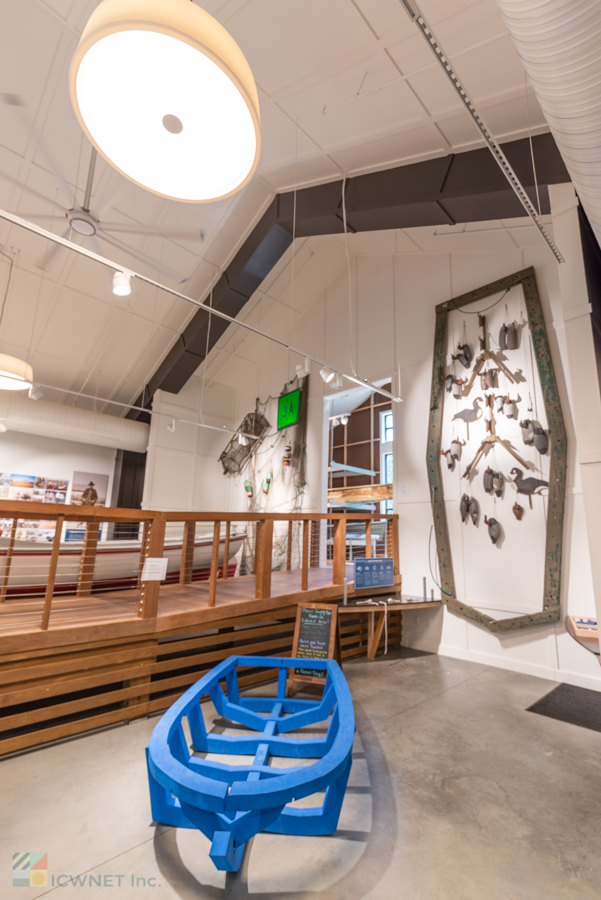 In the 1990s, (and hoping to preserve this history of work on the water), two Corolla natives, Travis Morris and Wilson Snowden, began to collect the vintage and historic workboats that were used to scrape out a living, generations before Corolla became the world-famous vacation destination that it is today.
The pair collected roughly 25 boats over the ensuing years, and went to work on outlining each vessel’s history, earning the “Award of Merit” from the American Association for State and Local History in 2008 for their efforts to keep this portion of the northern Outer Banks’ history intact.
Their ultimate goal, however, was to create a museum to display their vintage treasures, and to shine a light on this often-overlooked part of the Currituck Banks’ inherent charm and culture. 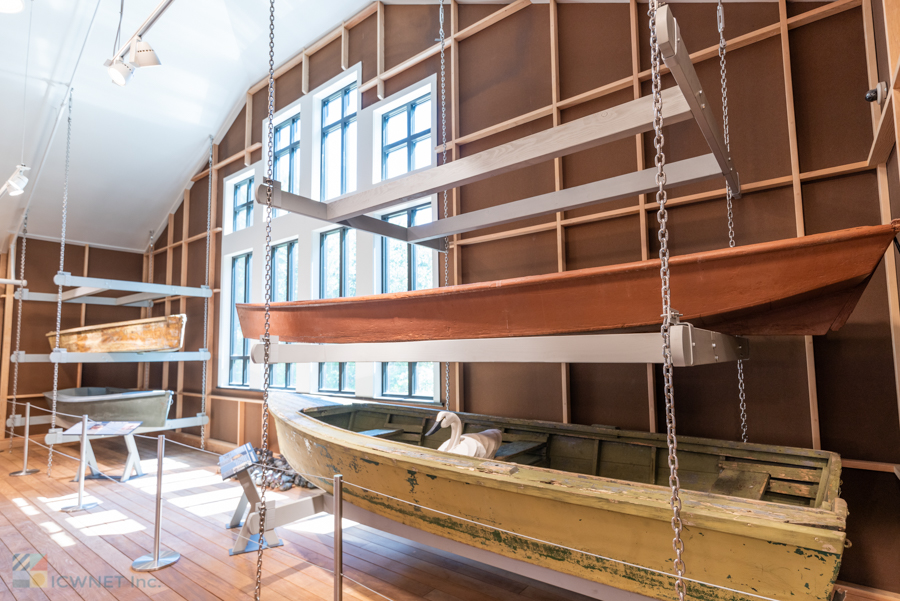 Their longstanding dream eventually came true with the assistance of Currituck County as well as generous donations, and the Currituck Maritime Museum officially opened its doors in July of 2021. Located next to several of the community’s iconic structures and sites, the museum is the perfect addition to the Historic Corolla Park, and is already building a reputation as a must-see attraction in the northern Outer Banks.

What you’ll find at the Currituck Maritime Museum
The 10,000 square foot museum is home to a wealth of exhibits that outlines Corolla’s longstanding ties to life on the water, in all its many facets.
11 of the 25 locally-built boats that were initially collected by Snowden and Morris are on full display in the museum’s main and spacious corridor, representing all aspects of how mariners lived and worked on the water. Examples of these vessels on display include hunting skiffs, gunning skiffs, commercial fishing boats, a shad boat, and more, and interpretive signs help fill in the story of each vessel’s significance.
While the boats that line the museum’s interior are an impressive first sight for new visitors, the museum also features an extensive collection of exhibits that detail the many different angles of Corolla’s history. 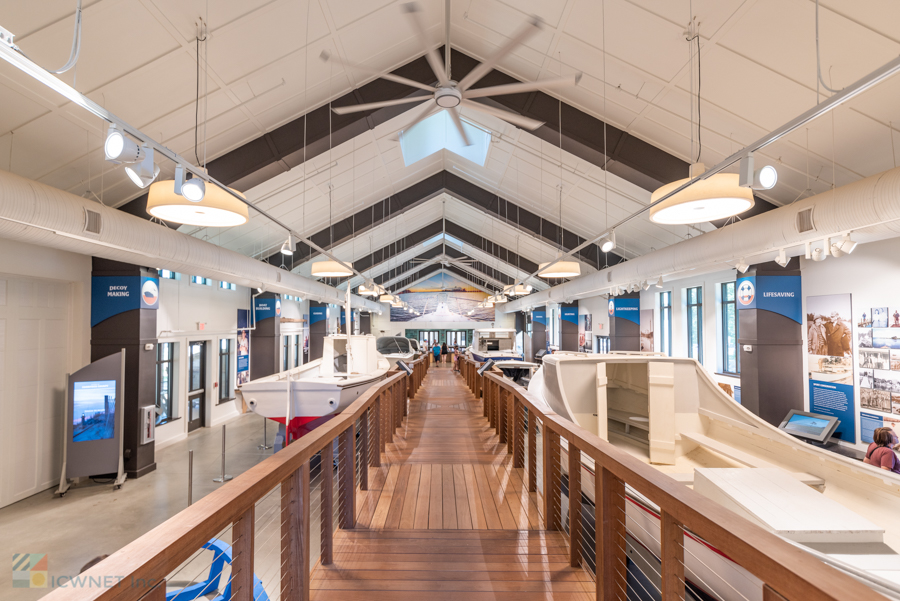 Visitors will find stories about the heroic lifesavers and lightkeepers of the era, as well as information on traditional professions for local residents, such as commercial fishing, boat building, hunting, and decoy carving. There’s also displays on the challenges of life on the water, such as navigating the shallow Currituck Sound or facing the region’s infamous hurricanes, as well as how those challenges have changed over the past several centuries.
The composition of the exhibits themselves vary widely, but visitors can expect to find an array of interactive and enticing displays, which includes more than 25 videos, hundreds of photographs, authentic tools and artifacts, and many more pieces that bring the complete story of Corolla and the greater Currituck Banks into focus.

There’s also an on-site gift shop at the Currituck Maritime Museum for visitors to pick up their own tributes to local history, as well as hands-on exhibits, demonstrations, and educational programs which are offered to museum-goers throughout the year.