Renowned as one of the oldest fishing tournaments on the East Coast, the Cape Hatteras Anglers Club Invitational Surf Fishing Tournament is also one of the biggest Hatteras island tournaments of the years, with hundreds of anglers flocking to the southern Outer Banks for exceptional fall fishing that can't be found anywhere else. With big prizes and plenty of opportunities to have fun off the beach, this tournament has become a generations-old tradition for local and visiting anglers alike.

On Saturday, the club also hosts an individual fishing tournament that's open to the public, with free entry for fishermen under 16 years of age. The fee to enter the grand tournament as a team is roughly $330, but the rewards are big, and spots tend to fill up fast. For more information on the tournament and to find out how to register, become a judge, or simply participate in the festivities, anglers can visit the Cape Hatteras Anglers Club's website. As one the Hatteras Island's oldest and most popular annual events, the Cape Hatteras Anglers Club Invitational Surf Fishing Tournament is a legendary fall fishing bonanza that attracts and entices anglers from all along the East Coast. With great weather, great fishing, and plenty of good company, this tournament shows no signs of losing its 60+ year run as one of the best fishing tournaments on the beach. 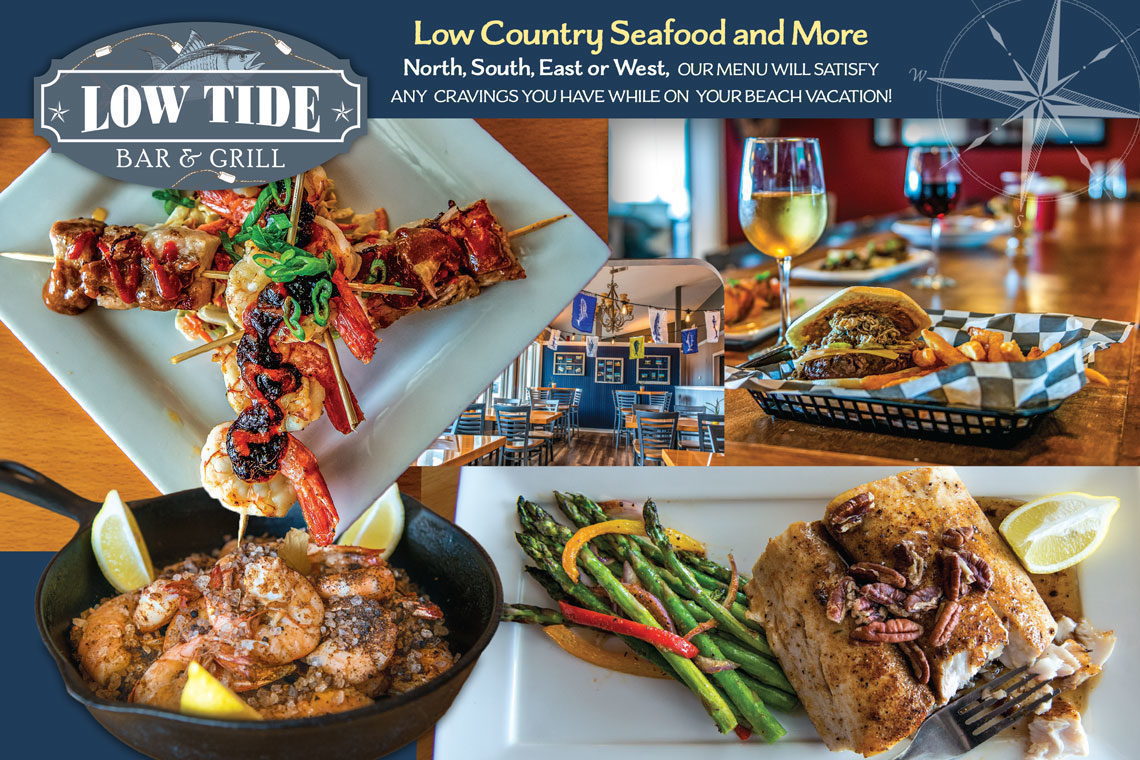 Low Country Seafood from the islands. North, South, East or West, our menu will satisfy any cravings you have while on your beach vacation! Let us do the cooking tonight! We’ve got something for everyone in the family—from cocktails and mocktails to daily fresh catch specials, kids meals, desserts and more—the whole gang can relax and enjoy.