Visitors can pay tribute to the fallen heroes of Ocracoke’s past at this special and inspired ceremony that pays homage to the heroes who lost their lives off the island’s coast. Orchestrated by the Friends of the Graveyard of the Atlantic Museum, the Ocracoke community, the U.S. Coast Guard, Coast Guard Auxiliary 16-04, the National Park Service, and the Commonwealth War Graves Commission, the annual British Cemetery Ceremony is a historic and landmark event that honors Ocracoke’s tumultuous past.

During World War II, German U-Boats haunted the Eastern Seaboard, causing damage to passing ships of all varieties. In 1942, the Royal Navy sent 24 armed trawlers to the area to help the East Coast, and one of the vessels – the HMS Bedfordshire – was torpedoed by a German submarine close to Ocracoke. Bodies of four of the victims were spotted off the shoreline, and the sailors were buried at the Ocracoke British Cemetery in the heart of the village. Every May, the USCG and representatives from the British and Canadian Royal Navies hold a ceremony to honor the sailors, and the public is welcome to attend this inspired event. Truly unique, this ceremony that honors the sailors of the HMS Bedfordshire is a timeless and historic tribute. 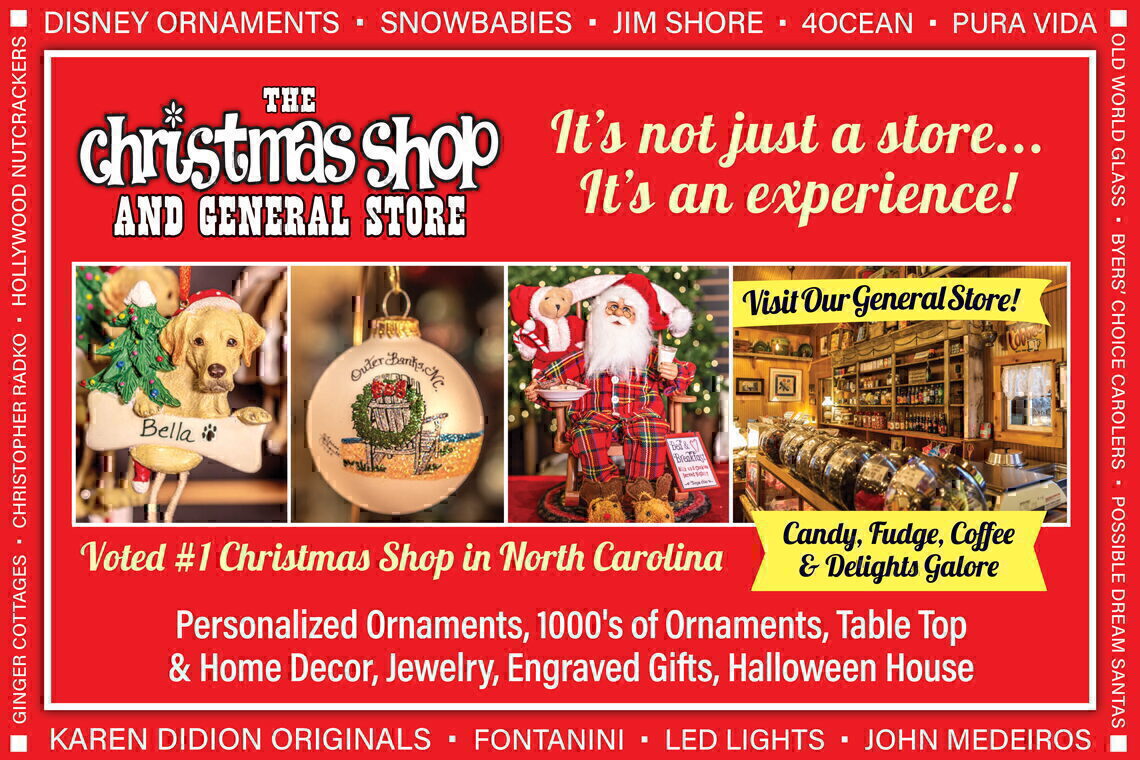 It would take a set of Britannicas to say all there is to say about the Island Gallery and Christmas Shop. Experiencing a Renaissance, the original shopkeepers retired briefly to open the doors again in 2008. They worked hard to bring the grand dame back to her glory. A true wonderland, and locals' favorite, the 15 plus rooms and meandering halls are filled with Christmas décor, jewelry, art, crafts, linens, toys, books and antiques. Every room is decorated with antique furniture to create a one-of-a-kind ambiance.